Televisual’s annual top 10 listing of the UK’s most hired cameras is now in its twelth year. Jon Creamer counts down the most rented models of 2017, and reveals the models everyone will be hiring in the year ahead

It’s a second year at the top of the most hired professional cameras for Sony’s FS7.

And it’s been a fairly settled year all round in terms of the camera models most in use. There are “a few very versatile cameras that crew, production companies and hire companies are all familiar with making the camera market a very calm sea at present,” says Electra. Shift 4 also says that “the cameras most in demand haven’t changed too much from last year.”

Much of that is down to operators and crews prizing familiarity highly in their camera choices. But it’s also down to versatility. With the FS7 (and FS7 mk2), Sony has produced a camera that is finding a place across a huge range of genres from fact ent to ob doc to live events and corporate. It can “be scaled up to be used with PL glass and record UHD internally or alternatively scaled down for self shooters using EF lenses. Versatility to suit all budgets,” is Pro Motion’s take. Canon’s  C300 range also benefits from its familiarity and versatility. The C300 is now slowly being replaced by its younger brother,  the mk2.

Versatility has also been the key to the growing popularity of Arri’s Amira and particularly the Alexa Mini, with ads, drama and high-end docs often specifying a Mini on the kit list. “Their huge versatility and the large range of accessories available render them perfect for many shoots, locations, and situations,” says Picture Canning. Often now, the Mini is shouldering out its bigger and more expensive stablemate, the Alexa, on high-end shoots.

But there could be a shake up in the high-end market in the year ahead with a number of full frame cameras in the market now. Sony’s Venice has now launched, Red’s Monstro was announced late last year and Arri announced the 4K large format Alexa in February (a caveat to this report is that most camera hire companies that helped with this survey sent back their info before Arri made its Alexa LF announcement). For S+O, 2018 could bring about a “delineation of the camera market as Full Frame sensor acquisition prices itself outside the current Super35mm format cameras. Monstro, Venice and Alexa LF cameras are the new high end.” It’s all to play for. 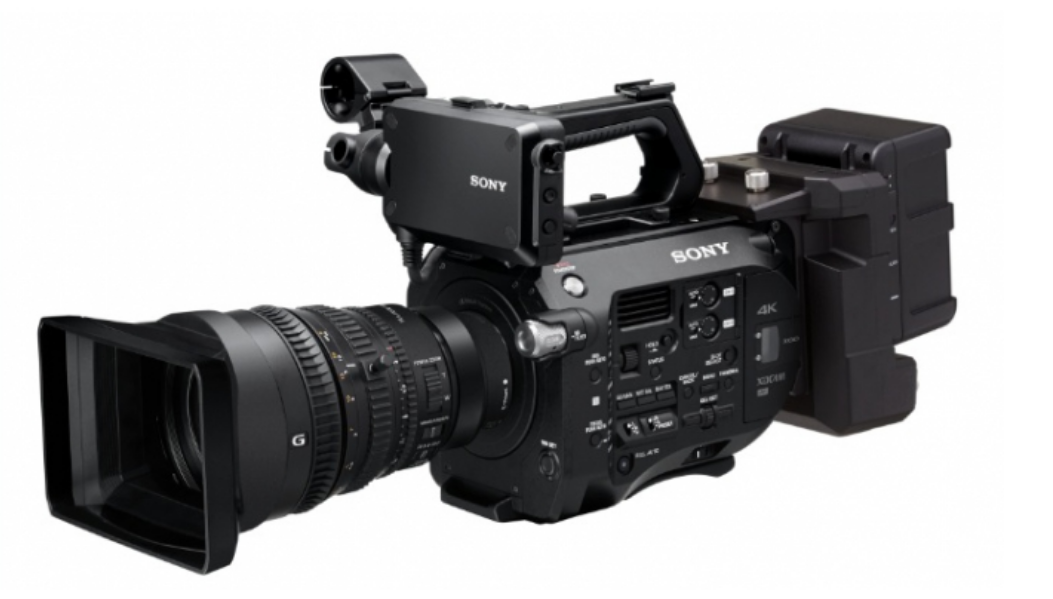 Sony’s FS7 first took the top spot in our poll of the most popular rental cameras last year, supplanting Canon’s C300 from the number one position it had held for four years in a row.

And many camera hire specialists reckon the FS7 will hold its dominant position for a while to come yet. “The FS7 is looking likely to hold its own and be incredibly popular again in 2018. Canon really seem to have fallen behind in a market they were dominating 18 months ago,” says The Kit Room.

Shooting Partners too, says that although “some of the newer cameras will start to be adopted more widely by our factual entertainment clients, we don’t expect any serious challenge for the FS7 throne.”

Much of that is down to the FS7’s perceived versatility. Pro Motion describes the camera as a “great all rounder,” that can be “scaled up to be used with PL glass and record UHD internally or alternatively scaled down for self-shooters using EF lenses.” Film Store Rental also points out that the FS7 “does tick a lot of boxes across the board, making it a highly flexible, multi-purpose camera. It’s being used by TV documentary makers, incorporated into multi-camera shoots and has also found a home on promo sets. It has a versatile codec and hits an attractive price point.” S+O also describes the camera as “a consistent performer across a wide range of TV and branded content. It is affordable, has great frame rate options and a wide range of lens mount options.”

The FS7 seems to have hit that sweet spot that makes it a camera to suit a very wide range of productions and situations and, importantly, budgets. Run Hire says it expects that “the demand for the FS7 will increase hugely as it slowly pushes aside the likes of the Canon XF305 to become the standard run and gun shooting camera for ob docs, as well as continuing to be the mainstay for huge parts of the broadcast sector.  I have also seen the live events and corporate sectors increase their interest and use of the FS7 for many new productions and I think these industries will grow much further in 2018 in terms of hire.”

Of course, Sony has already brought out its update to the FS7 with the FS7 mk2 but, says Shift 4, even that isn’t denting the original’s popularity. “Sony’s FS7 has dominated the mid-low level market, with the FS7 mk2 gaining more popularity without taking away too much from the mk1.”

The Alexa Mini continues its rise up the ranks of our top rental cameras this year. This time the camera comes in second (third last year and tenth the year before). High-end shooting is increasingly dominated by the model. Video Europe says the Mini is “still the most popular” with The Kit Room predicting the “high end camera business will still be dominated by the Alexa Mini” for some time to come.  S+O describes it as the “go-to camera still for high end television, commercials and branded content. It’s the cinematographer’s choice offering both spherical and anamorphic lens options in a compact size.” Conceived by ARRI as a B camera for the Alexa, its small size and relatively cheap rate has meant it often supplants its big brother. “We have facilitated pilots in 2016 which chose to shoot on Alexa SXT for A and B camera, and yet, when it came to shoot the series in 2017, Alexa Minis were used in their place,” says Picture Canning.

Alongside the Arri Alexa Mini, Arri’s Amira has also increased its popularity, rising from last year’s fourth place in the poll to this year’s third position.
And its rise is at least partly down to the Arri family’s ubiquity in the drama market, says VMI. “For drama, the Alexa, the Amira and the Alexa Mini are the main cameras of choice on probably over 95%  of productions.”
Shift 4 says the Amira, and the Mini, are “still by far the most popular high-end cameras, whether it’s for commercial, drama or high-end documentary.” Film Store Rental similarly says the “Arri Amira is making headway on the documentary market. However, its weight and cost makes it unsuitable for much of the broadcast documentary market. We are seeing it find a home on higher-end branded campaigns and feature docs, where it is often paired with the Alexa Mini.” 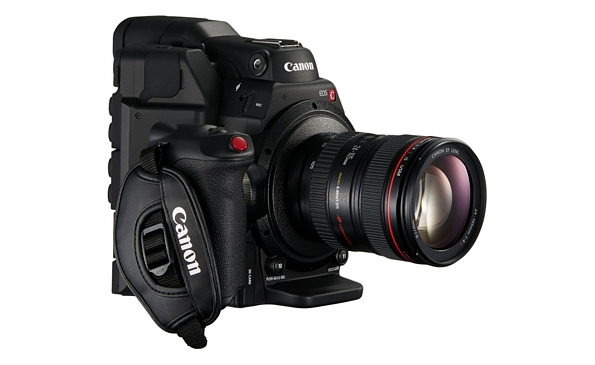 Despite the Sony FS7’s popularity, Canon’s C300 family is still a major force in the rental market. The original model takes fifth place in our poll with the updated mk2 overtaking it and coming in fourth (The C300 mk2 was seventh last year, the C300 was third).

Both the C300 models have the benefit of being a very known quantity. “Familiarisation with the kit is really important to our factual entertainment clients,” says Shooting Partners. “They need to know the camera intimately to catch moments that only happen once, which explains why both the Sony FS7 and Canon have remained in our list of top five most popular cameras.”
Alias Hire says the C300 mk2, along with the Fs7, will continue in popularity at least partly because of the range of add-ons available and because they can be set up exactly as the user wants. “The size and weight of these cameras allows individual users to build the rig that is right for them and their shoot because of the abundance of accessories. The broadcast shooters love the size and wide range of accessories available for each setup, and the production managers love the cost.” 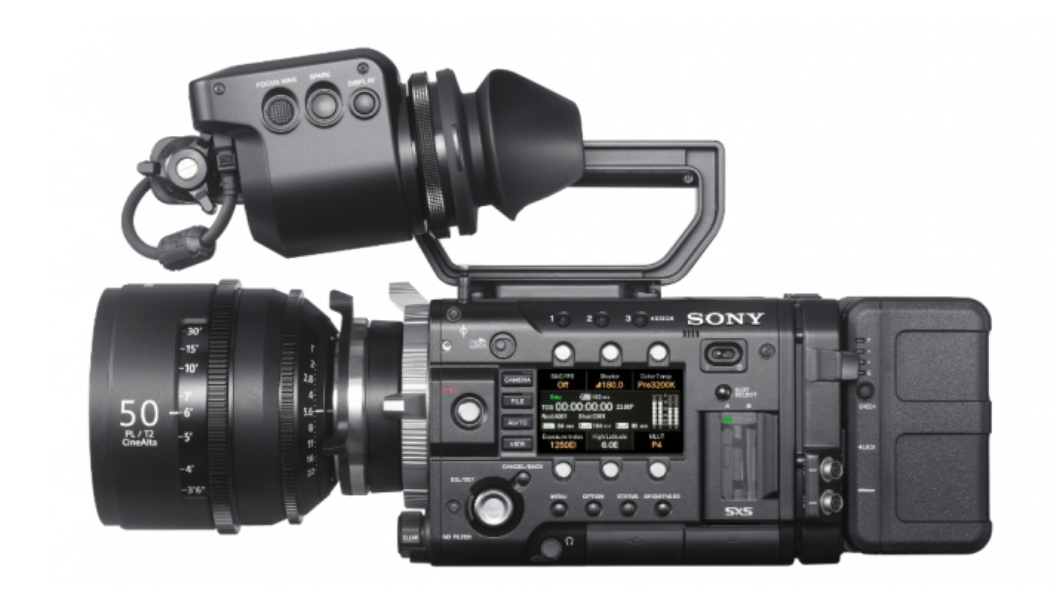 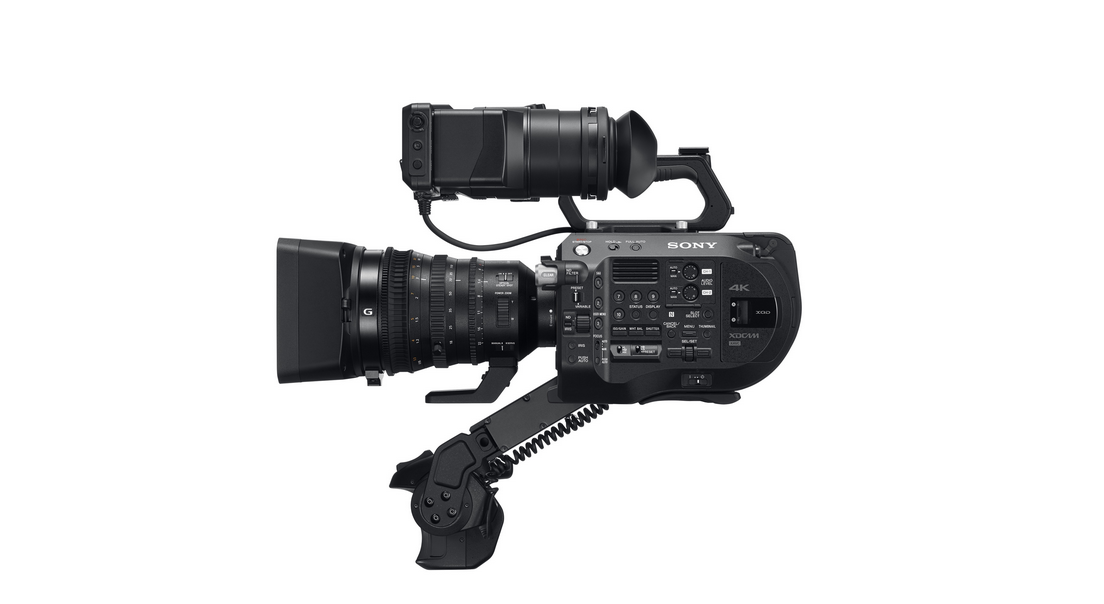 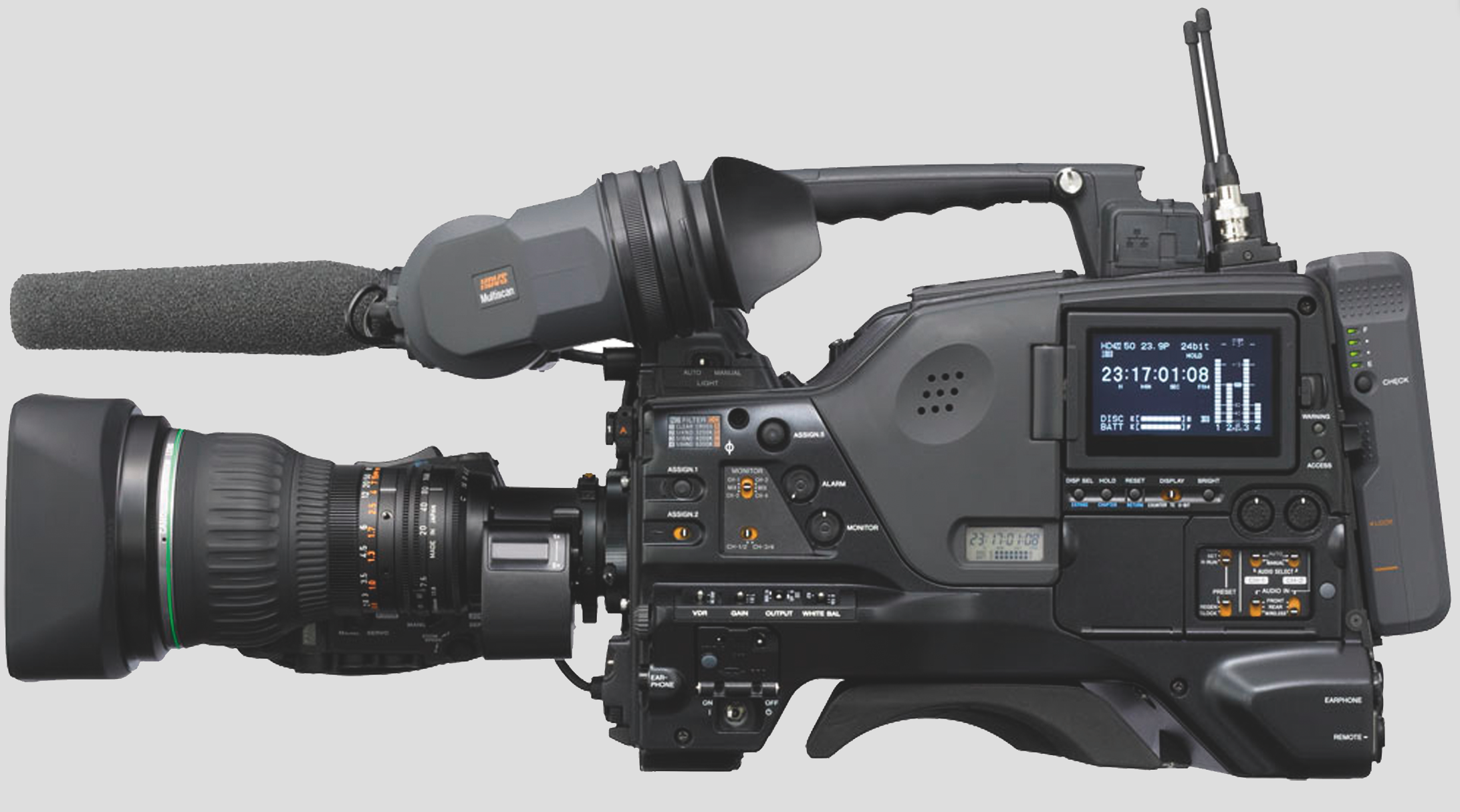 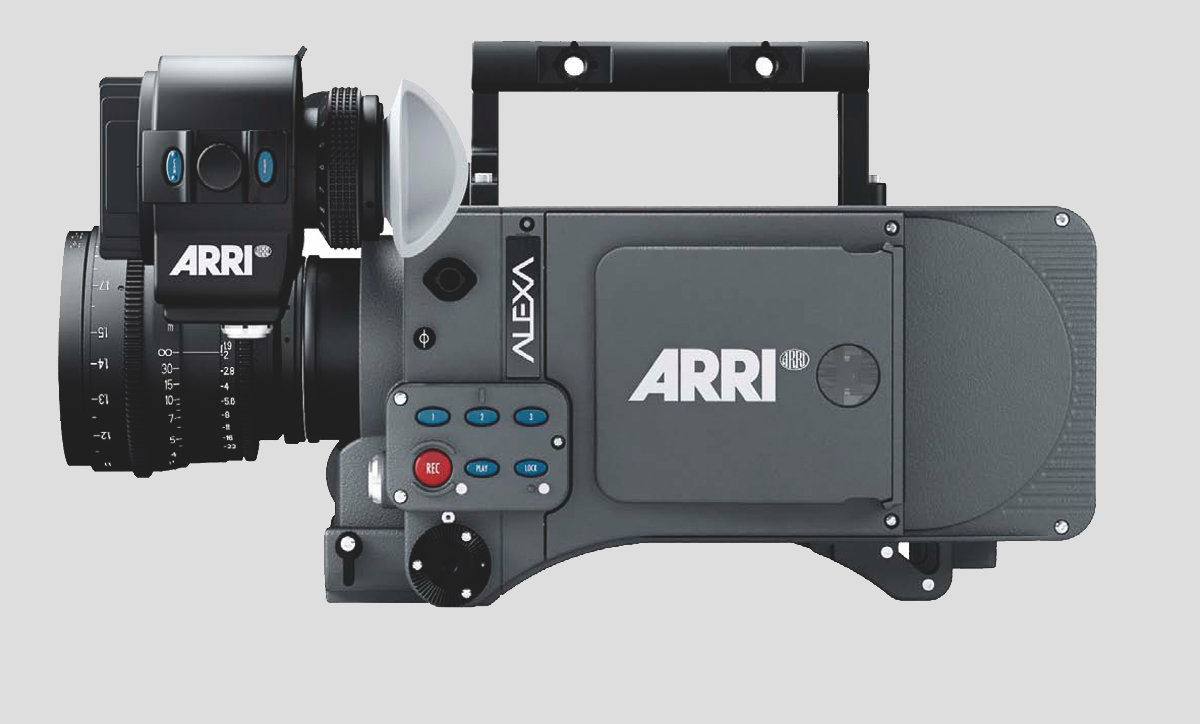 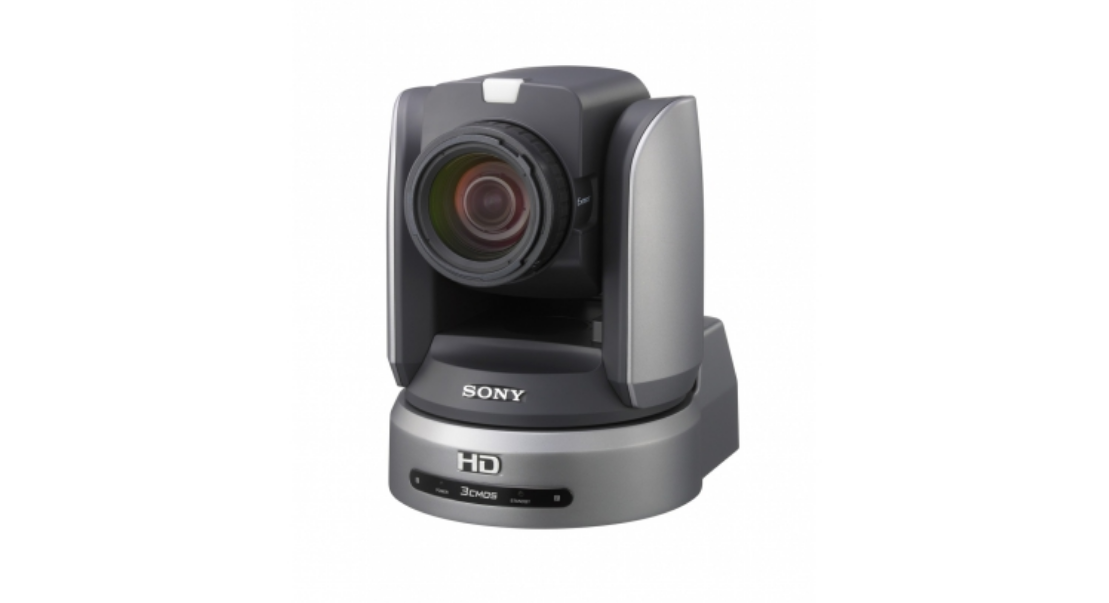