A glossy, action packed update on the Sinbad legend was never going to be an easy quest.

The first episode TXs early this month but its genesis occurred back in the mists of time, when Stuart Murphy first took over at Sky and went on the lookout for big, bold dramas for the channel. "Stuart Murphy wanted a family, 12A show for Sky," says Haines. He also wanted a ‘branded’ idea "but the problem is that any big brand in that 12A area is going to be a Hollywood movie. You just can’t get hold of a Harry Potter."

But there are other ‘big brand’ stories and legendary characters and the BBC had shown the way with Robin Hood and Merlin. "But we were looking for something that gives you a bit of licence to be exotic and ambitious and Sinbad fitted the bill very well," says Haines. And although in recent decades the Sinbad legend was dominated by the Harryhausen films of the 70s "and also a comedic, curly shoe feel," this Sinbad had to feel real and visceral and the character one the audience could understand. "We all agreed the character is modern although he lives in eighth century Basra – he’s a young man that the audience can identify with, not one constantly worried about his faith. That would have been a very difficult thing to get across."

The tone that was asked of lead writer Jack Lothian was a "blend of action, emotion and wit which is really tricky." But something a bit more visceral than Pirates of the Caribbean. "I adore it but it’s a little bit slapstick. I mean wit like Disney’s Avengers – witty lines but there’s got to be true jeopardy and people do die." 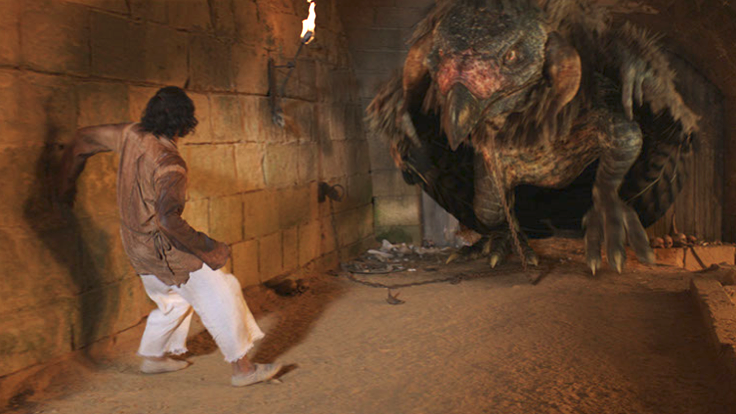 It also had to feel big. And a funding model that consisted of Sky along with BBC Worldwide and tax breaks meant that on the plus side there was just "one editorial lead," but on the downside there was "no slack in the system at all." So building Sinbad’s world from scratch wasn’t an option.

Which is where Malta came in. "The beauty of Malta other than it having a very useful coastline is that it has an endless supply of slightly crumbling buildings," says Haines. "And in digital terms it’s very easy to change the distance stuff and put in digital extensions. It’s the mid ground stuff that’s difficult." And the mid ground was in plentiful supply. The top half of a boat was also built next to a water tank (after all, Sinbad has to travel) and a semi permanent set was created inside an old fort "which gave us lots of corridors, and stone rooms."

The other essential element of Sinbad is, of course, the magical. Although the action had to be visceral and real, Sinbad does encounter sorcerers and monsters along the way. But says Haines, the ‘magical’ elements had to be kept under strict control. Villains with magical powers had to have limits to their powers or it’s impossible for Sinbad to take them on. The beasts and monsters, created by The Mill, also had to be tied to certain rules. "The logic is that it’s real but occasionally magic happens. The monsters are quite elemental. They are connected to the emotions of the characters and the elements of the place – salt, water, shadows etc. They feel a bit more organic. For instance, in the land of the dead the creatures are of rock, very much of the place. We always asked ‘what is the reason for the beast?’" 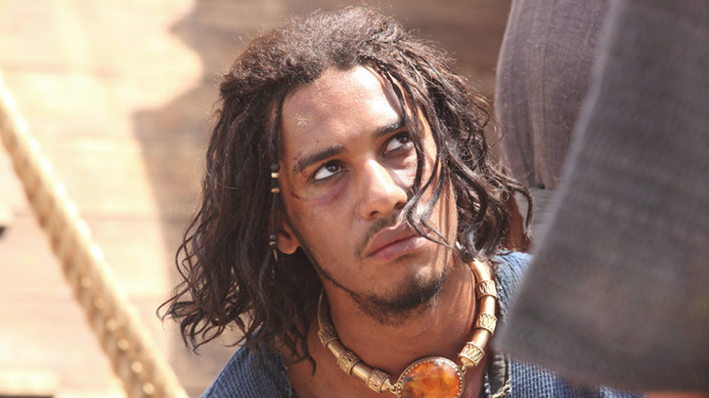 And despite the show’s long initial run, there was very little economy of scale when it came to the vfx. "I’d love to say yes but being honest, not much. As you move on you get more ambitious. You’d love it if everything was used or reconfigured each time but pretty soon people will spot that and then you’re not delivering on your promise. Everyone on the team wants it to be new and different each episode so we have found it very difficult to do bottle episodes." Maybe in Sinbad’s next adventure.