Animation outfit Lupus Films has had its busiest year yet, creating  adaptations of We’re Going on a Bear Hunt and Ethel & Ernest. But, its founders tell Tim Dams, Brexit means there could be clouds on the horizon.

There’s a red front door on Islington’s Upper Street, sandwiched between a betting shop and a dry cleaners. Walk through it and up some narrow stairs and you suddenly find yourself in one of the UK’s premiere animation studios, Lupus Films.

Spread over the three floors, it’s packed full of animators, nearly 50 in all. They are putting the final touches to C4’s 2D Christmas special, We’re Going on A Bear Hunt. In the past year, Lupus has also delivered a film version of Raymond Brigg’s Ethel & Ernest, and TV series such as Disney’s The Hive. 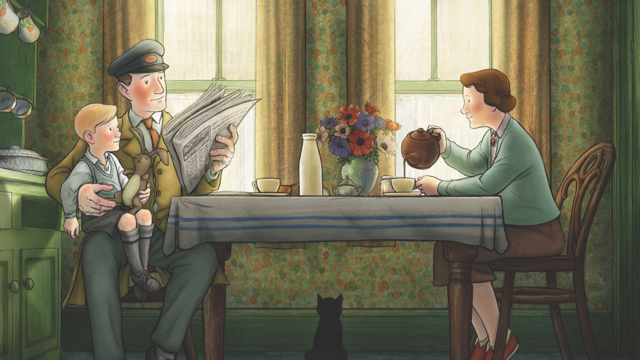 Lupus was set up in 2002 by Ruth Fielding and Camilla Deakin, who first began working together in C4’s animation department in 1999. (The pair also went to the same school, Pimlico School…on Lupus Street.) Initially, Lupus outsourced its commissions to outside production houses but decided to bring the work inhouse for their 2012 sequel The Snowman and the Snowdog.

They wanted to make it in the same way as The Snowman, hand drawn in the UK. Fielding describes the decision as a turning point for Lupus: “We worked with a lot of talented people on The Snowman and the Snowdog. And we wanted to work with them again.” They’ve done so on Bear Hunt and Ethel & Ernest, as well as training up a host of young graduates. Lupus has adopted the same hand drawn look for the films, but a big change is that much of the work is drawn on animation platform TV Paint. It’s quicker to use, but only got the go-ahead because the artists were comfortable using it. “The artist is driving the technology, not the other way around,” says Deakin.

2016 has been Lupus’ busiest year. Business has been boosted by the 2013 animation tax credit, worth 20% of budget. A £100k BFI Vision Award in 2014 also enabled Lupus to develop a feature slate.

But there is a big question mark over how Brexit will affect the animation industry, which relies on international co-production. Says Deakin: “You are never fully financed by your UK broadcaster. You have to do pre-sales to European broadcasters who pay at a certain level because the pre-sale is to another European territory.” 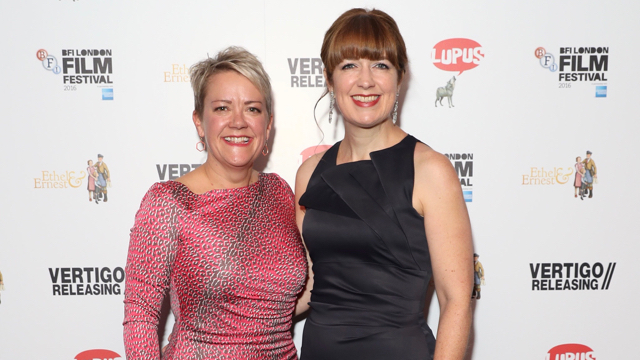 Key European broadcasters have quotas for the amount of European content they show. Until now, UK animation has fallen within these EU quotas. This made the UK a popular English-language bridgehead for US outfits like Disney and Nickelodeon to access the EU market. But this is at risk post-Brexit. There is also uncertainty whether the UK can access Creative Europe funding.

“We are going to need bigger pulls to retain the work here,” says Fielding. “So bigger tax credits, better corporation tax… At the moment, the pound means it is quite good to work in the UK. But we need to be on a level playing field with Ireland who are offering 32% tax credits for animation.”

And there is concern whether Lupus can employ the European crew of animators it uses for its programmes. On the day of this interview, the news bulletins lead with the story that British firms will have to name and shame foreign workers. Fielding and Deakin are both clearly shocked: “Say we have 25% of our animation crew from mainland Europe, we are going to be named and shamed for that. Why? They are talented, highly qualified individuals who are here paying tax.”

For now, the biggest problem is the uncertainty. “Animation takes a long time to produce. With a 24 month schedule, you don’t know going in to it where you’ll be coming out. It might mean broadcasters not committing to projects,” says Deakin.