With his new Sky 3D show about to launch, David Attenborough tells Jon Creamer why his passion for the development of natural history TV hasn’t dimmed

It’s pretty hard to overstate Sir David Attenborough’s contribution to British television. He’s regularly named in every ‘Greatest Living Briton,’ ‘Living Icon,’ ‘National Treasure’ and ‘Heroes of Our Time’ list that rears its head and, although he might baulk at such epithets, he has, arguably, defined the role of the television presenter and created the template for natural history broadcasting.

He was, after all, right there at the birth of the medium in this country having joined the BBC’s nascent television service after failing to get a position with BBC Radio. “I got a job having seen one television programme – a play. I didn’t even have a television set,” he says. 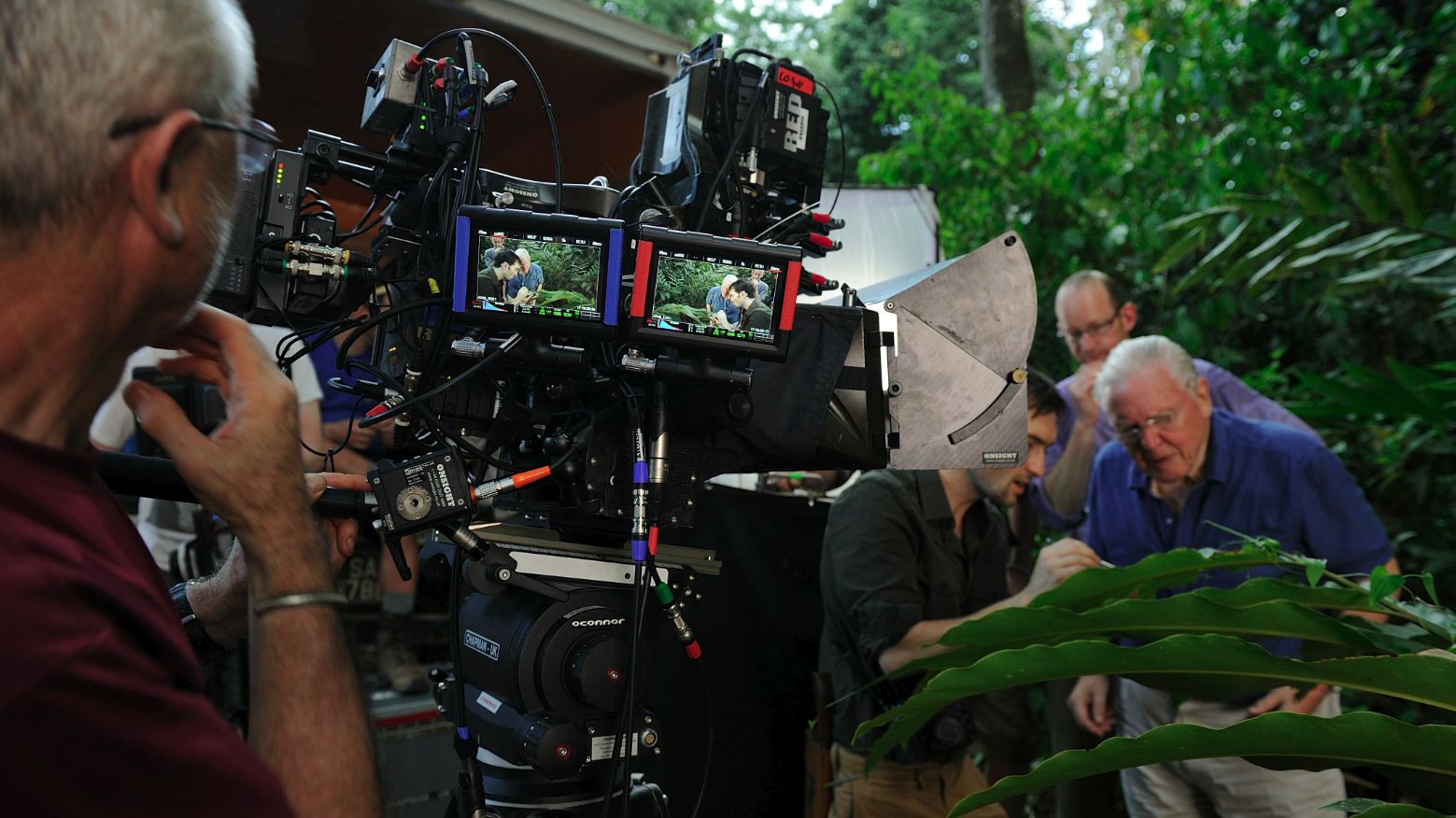 But over the past 60 years his passion for television, and its ability to show the public the natural world in all its glory, hasn’t dimmed. This month sees the launch of his latest Sky 3D spectacular with Atlantic Productions, Conquest of the Skies.

And despite 3D not taking off in quite the way it was once predicted to, he’s still a great champion of the format. “It gives you a more complete picture of the world,” he says, and it’s another step forward in television’s ability to do that. “When it started the vision of the world television gave you was a very limited one. It was black and white with 405 lines.” The emergence of colour TV was a big leap from that  “not because it’s more colourful but because it gives a more high definition picture of the world. That’s the same with 3D. Like colour, the world does have three dimensions after all.”

And the ability to capture more of the world in three dimensions has advanced rapidly. “We’ve been doing it for five years and when we started the apparatus was huge. It took 12 to 14 people to keep it on the road. Now it’s much more versatile.” But while 3D advances, television, in terms of picture excellence, has almost reached the end of history, he says. “The move from 405 lines to 5k is huge. If you projected the programmes I made in the 50s and put them on a screen the size of a house it would be intolerable but with 5k you can.” Because as far as the pictures are concerned “we’ve jolly nearly got everything we require,” he says. “We can do almost anything you can think of. You can film at night, you can film at the bottom of the sea, you can slow things down, speed things up and with cgi you can create anything you want. It’s a dangerous thing to say but as far as television is concerned, we are very close to the end of technical developments.”

But he says, technology is nothing if the story isn’t there. “A dud programme is not made into a good programme by making it in 3D,” he says. “Narrative structure is a very valuable thing to have. There have been good programmes that just go to a wonderful place and just dream about,” but you can’t do that in every programme. “Chronology is very important” in natural history, he says. “Viewers want to know where they are in a programme and keeping things chronologically in order is a very useful way of maintaining a narrative thread.” As is keeping that narrative and the script fresh. “There’s nothing wrong with a cliché in itself because the reason it has become a cliché because it is appropriate and it works.”

But, he says, cliché is simply taking  “the easy way out. That’s the difference between good writing and bad writing.” And although “’I’m here in this exciting place and I’m going to find out’ is a very good way of starting a programme, if you’re the 15th person who’s said that in a week it doesn’t hold the viewer.” 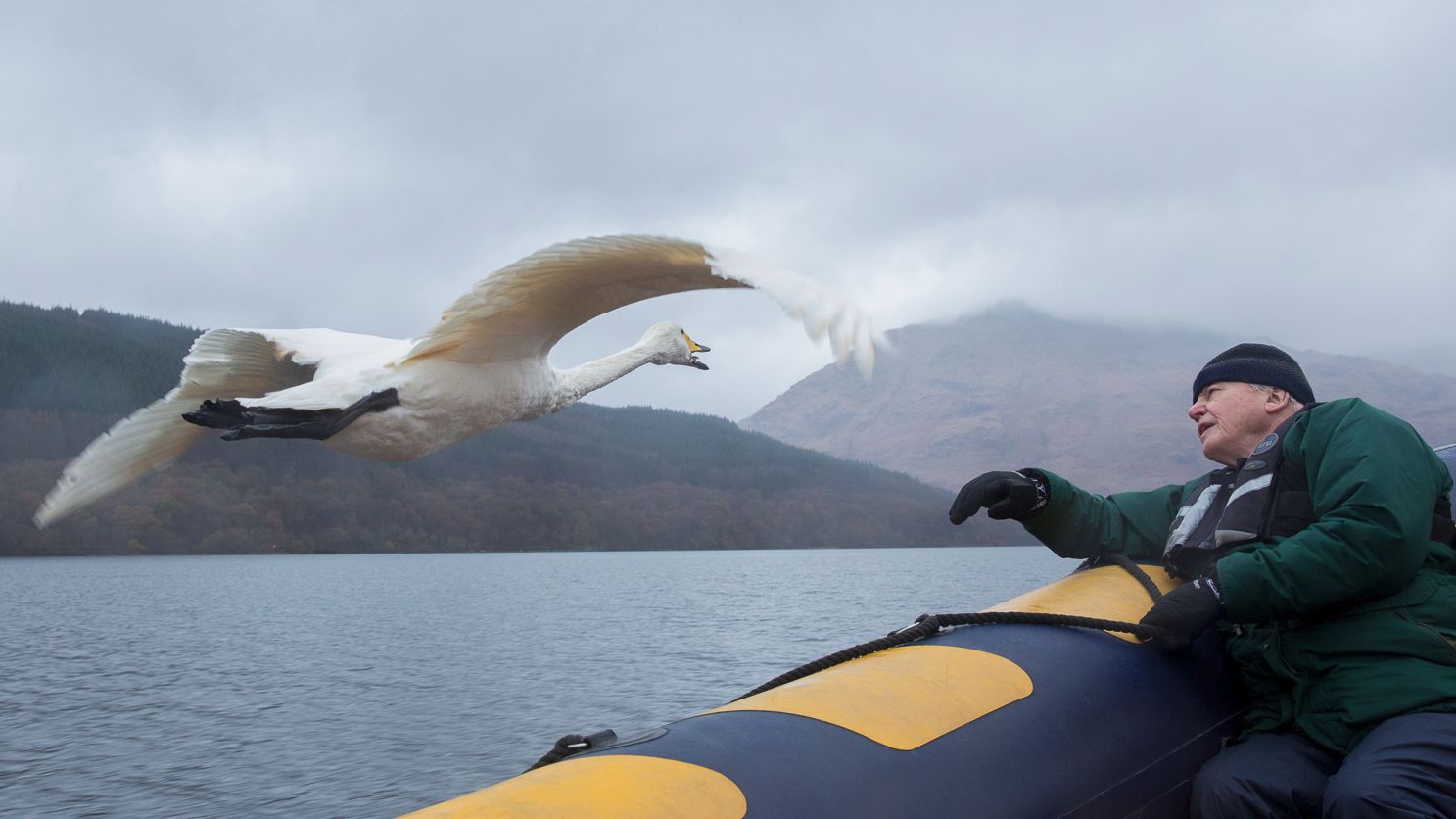 As a central figure in the TV firmament for the past 60 years, he’s not sure he could have the same career now. “The television world is changing. What it’s going to be like in 20 years time is anybody’s guess but my suspicion is the way we view television and what we view is going to change quite profoundly.” And the type of series he is best known for might get tougher to realise. “It needs an organisation that has the capital, the ambition and the courage to put money into something for three and a half years. You require somebody who’s well financed and has got the will and the inspiration to make that sort of programme. If you were starting in television as a little independent it wouldn’t automatically be something you would start with.”

And even if it was, he doesn’t rate his chances if he was a young man beginning his career today. “I wouldn’t stand a chance of getting a job. The reason I did was that nobody else wanted to make natural history programmes in 1954. But if you put up a notice now saying ‘Wanted: young man to make programme about lions in the Serengeti,’ I guarantee you’d get 5000 applications all of whom might just as well be as qualified as I was.”

David Attenborough was born in Isleworth in 1926. After Cambridge, he joined the BBC in 1952 as a trainee and became a producer. He first appeared as a presenter on Zoo Quest in 1954 when the original presenter was taken ill. He was made controller of BBC2 in 1965 but continued to produce and present. His landmark series include Life on Earth (1975), The Living Planet (1984), The Trials of Life (1990), The Private Life of Plants(1994), The Life of Birds (1998), The Life of Mammals (2002), Life in the Undergrowth (2005) and Life in Cold Blood (2007)
His 3D work includes Flying Monsters 3D, The Bachelor King 3D and Kingdom of Plants 3D for Atlantic Productions and Sky 3D and Galapagos 3D, Micro Monsters 3D, David Attenborough’s Natural History Museum Alive 3D and Conquest of the Skies 3D for Colossus Productions