As we approach the 50th anniversary of the US first space mission, the Skylab, Dwight Steven-Boniecki, space historian and director of feature documentary Searching for Skylab, talks about using, restoring and navigating space archive material

We have all seen archival footage in every documentary made about space exploration. Material that was shot on location in outer space, at the launch pad, or on another celestial body. When the moving images appear in a nice, neat package, you may be inclined to think acquiring the audio-visual material is the easiest part of getting the footage.

That is most definitely not the case. A key understanding is of paramount importance when researching the footage needed for a documentary film being made about space exploration. Far too often producers have been all-too-eager to use material that has absolutely nothing to do with what is being discussed simply because it looks good. 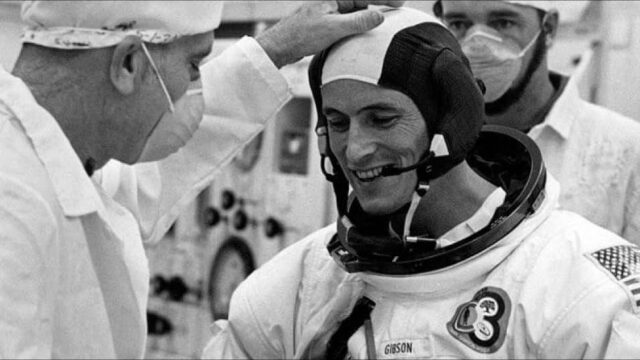 Why you can’t call NASA

You may have been there. A director requires film material of say, Skylab, the USA’S first space station. You sit there listening to the short list requirements, and think to yourself, “This will be easy!“ You have a list and you call up the media department at NASA.

The first thing you realise is that it isn’t that simple, and you are better off emailing them. But where do you send it? Whatever video material is there is only very low resolution, and well below the technical requirements of your project.

Still, you persist, only to find out that the media department office at NASA has been defunct for over 10 years. So how do you find the material? With great difficulty is the honest answer. When we made Searching for Skylab, our budget as an independent production was very limited, so we needed to get creative with our research. 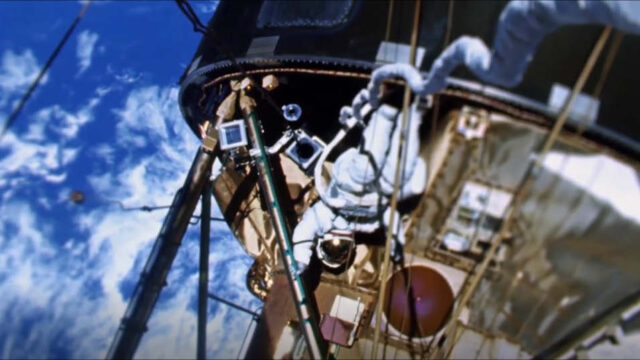 What you can find and where

Private collections were our first stop. Ebay was an invaluable resource. A collector had offered a series of Skylab NASA mission tape copies for sale, and we jumped at the offer. While haphazardly compiled, each segment had its info slate at the head of the video, and so categorizing the material was of utmost importance. From there we had used the NASA document which listed all TV transmissions, to figure out what else was still available.

The National Archives (NARA) is the pot of gold at the end of the rainbow for source material. Everything related to NASA footage can be found there. But, and this is a huge but, you need to know exactly what you are looking for.

In our case the audio of Alan Shepard reprimanding the Skylab SL-4 crew was a recording that had eluded us for so long, that we start thinking it had been purposely buried in the material at NARA. However, knowing which search terms and acronyms to include helped us narrow our search down. Without knowing the terminology, this search would have been fruitless. A formal request must be made to NARA, who then forward the material to a 3rd party vendor of your choice from a supplied list to be transferred for you.

We were very lucky to have acclaimed Archive Producer Stephen Slater (of CNN Films Apollo 11 fame) to help us procure the newly scanned 16mm elements. Having Stephen on board saved us untold months of research time, and the material he presented to us needed only very minor color correction work done on it. His assistances made our film possible.

Other places which happened to fall into our lap by accident were universities. Many of them contain special collections which contain film and video material. Depending on the organization, the procedure to acquire the material is fairly straight forward. 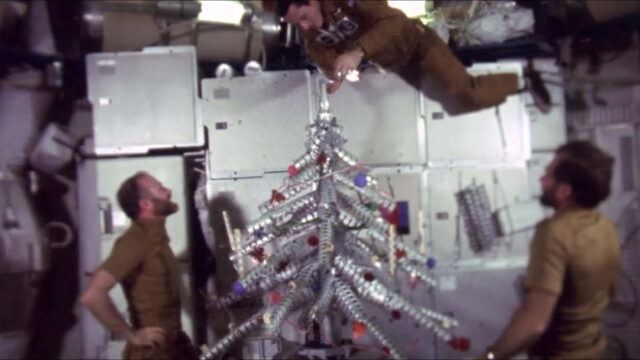 While to use of NASA footage is public domain, there are certain regulations you must adhere to if you want to use the material. Generally, you are in the clear for use if you are making a historical documentary. However, endorsement of a product is specifically prohibited. NASA can most definitely assist you in this situation.

In many cases restoration is required, and at bare minimum color correction almost certainly. For the Skylab Solar Panel EVA, we had to work overtime to bring the colors back on a seriously red-faded video file. Three months of trial and error were required to get the true colors back into the footage. We had to boost the blue and green channels, while simultaneously noise-reducing them as their over-enhancement introduced artifacts that needed to be removed. It hasn’t looked this good for 45 years. 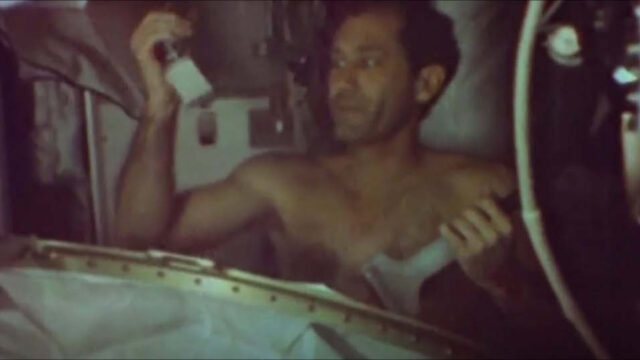 Kinescopes tend to be the trickiest, as they suffer from being the worst quality simply by being 16mm shot off a high-resolution monitor playing Standard Definition video footage. Up-scaling is a very narrow corridor in which you can navigate. Too much enhancement, and you run the risk of modifying the original footage too much. Too little and you have bad looking footage that viewers will call you up on.

Topaz Labs Topaz Video AI was our image enhancer of choice for material needing upscaling and image enhancement. Sharpening was needed in nearly all cases, as was noise reduction. The trouble being once footage had been cleaned up, often times it was too clean, so adding a touch of film grain matched to that found on the kinescopes proved to be a necessity.

In essence, it is a tightrope act of balance the right amount of enhancement whilst preserving the original image.

In the end, after all the hair-pulling, tears and screams, you do tend to realise all the effort was definitely worth it. You can sit back and know that you have contributed to preserving history!