For Hidden Kingdoms, the NHU drops the viewer directly into the world of tiny, unseen animals. Exec producer Mike Gunton tells Jon Creamer about filming life through a tiny lens

It has a very different look to most NHU shows. Was that intentional?
Yes, but not for the sake of it, it was driven by the editorial intent. You can’t explore the miniature world beneath our feet in a conventional way – either photographically or narratively – the physics of that world are so small and move so fast and the creatures live in such extraordinary ways that we had to reimagine natural history filmmaking. We’ve evolved almost a new sub genre of natural history. 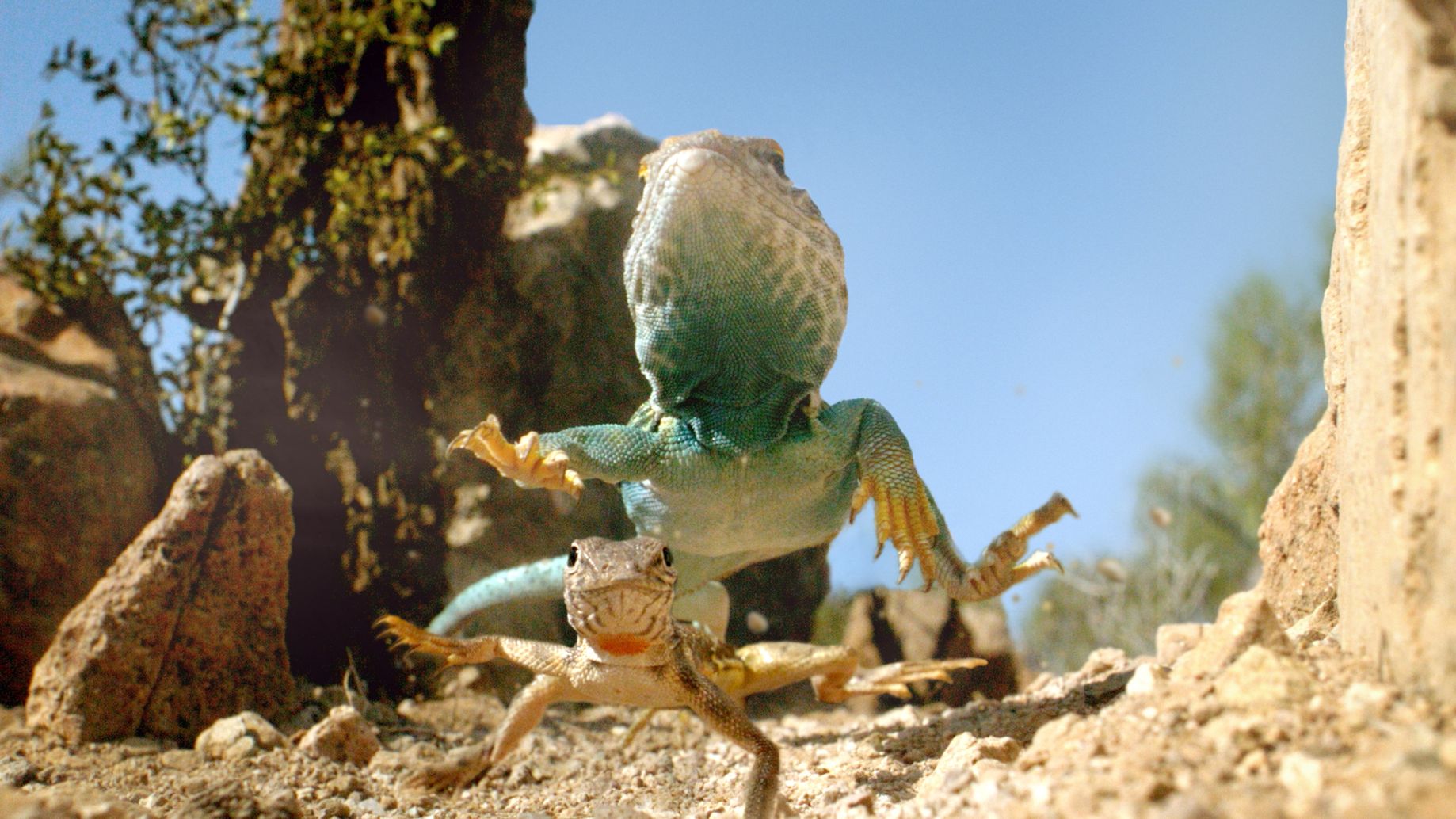 The viewer’s dropped in amongst the action,why?
Because it’s such a bizarre world it was really important we find a way of putting the viewer in the world. The impetus was to try to film these animals as if they were big animals. If you could shrink yourself to their size and film them as if you were filming a lion, how would you film it?

There’s also a real comedic tone to the programmes
That comes from the animals. Everything they do is intrinsically quite funny. All the dials are turned up to 11 so their reactions, their behaviour and their interactions are quite comic. It seemed to us to be a real mistake to not let their character shine through.

You’ve also added lots of cartoonish sound effects
Their acoustic world is quite different so we wanted to create a world where the sounds are slightly out of our experience. And we have had a bit of fun with some of the larger than life sounds to help people engage. We’re trying to find as many ways as possible to get people to break out of their traditional way of looking at nature and saying ‘come down into this world.’ 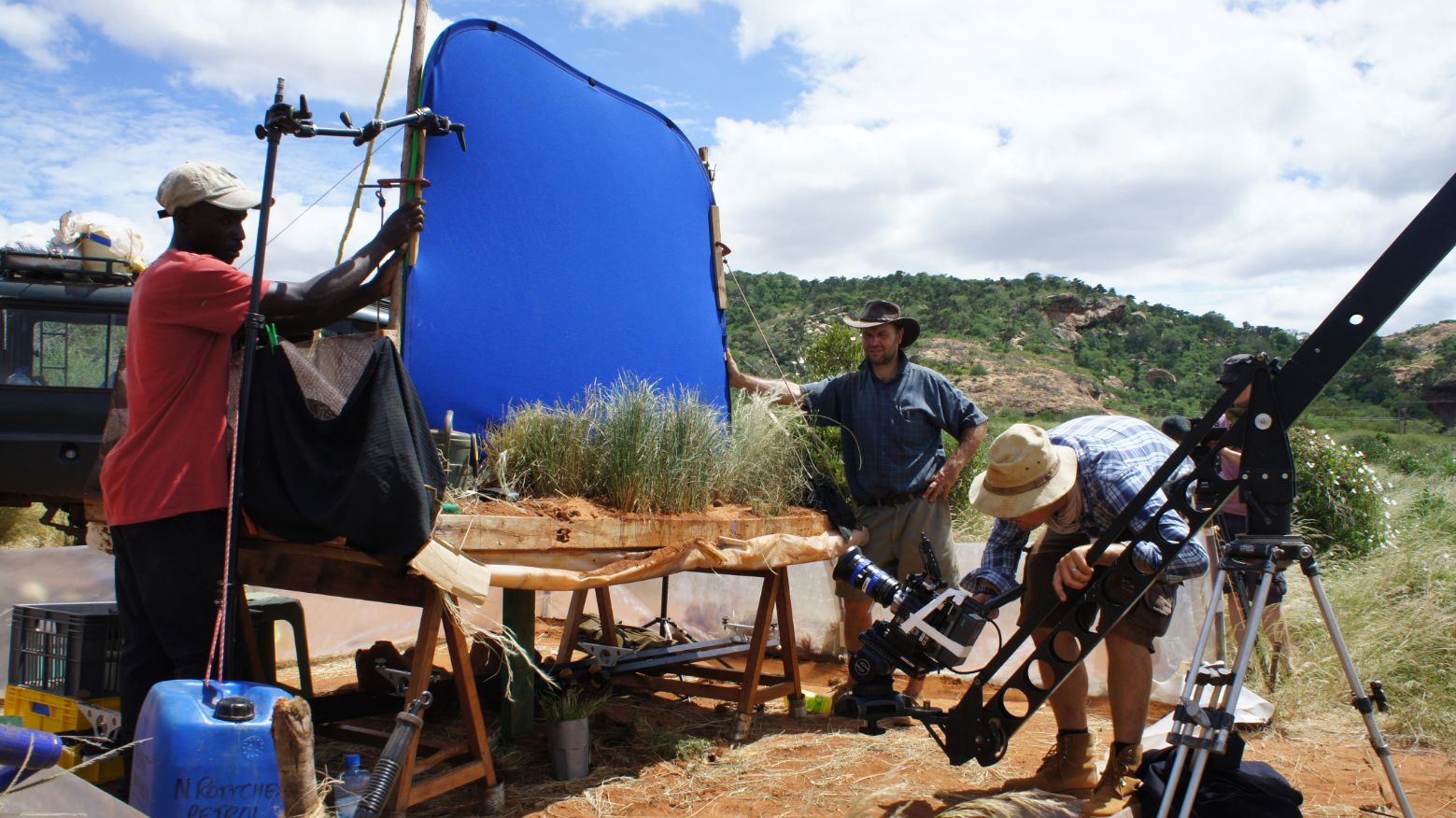 The sequences are very pieced together and constructed, why?
If you’re watching a lion hunt, you can gather lots of images from one vantage point but a mouse is in and out of frame in two seconds. To cover its story we have to remember what it did and build, almost from a storyboard, a shot list of shots you need to recreate the story you know you’ve seen already. There is a construction about it, it’s a reconstruction. This is atypical, but people accept that even in a traditional wildlife film you are showing highlights.

Compositing also plays a big part of that
Compositing is a significant part of it. The reason is the physics or optics of the photography. If you want to capture your animal and its perspective in the same shot, there’s no way we could create an image other than by taking two separate images and compositing them. It’s a solution to an editorial issue which can’t be solved by traditional photography. In other films you don’t have that challenge.

There also seems to be a greater intensity to the photography on this series
Yes, because there’s an intensity to the animals’ lives. Every second of their lives they’re hunting or being hunted. And we have moved to shooting on 4k Red cameras. There is something about the response of that sensor that does give you very vivid pictures. Because we’re shooting raw it gives us the opportunity to get the colours to be as rich as possible. The colours and the detail are very vivid. We’re always trying to give every close up detail, every strand of fur, every whisker, every scale on the foot of a lizard or piece of dust flying through the air

Did you dial it up in the grade?
Because we shot these raw it does give you much more of a palette in the grade and it does allow you to make sure the textures and colours are really vivid. 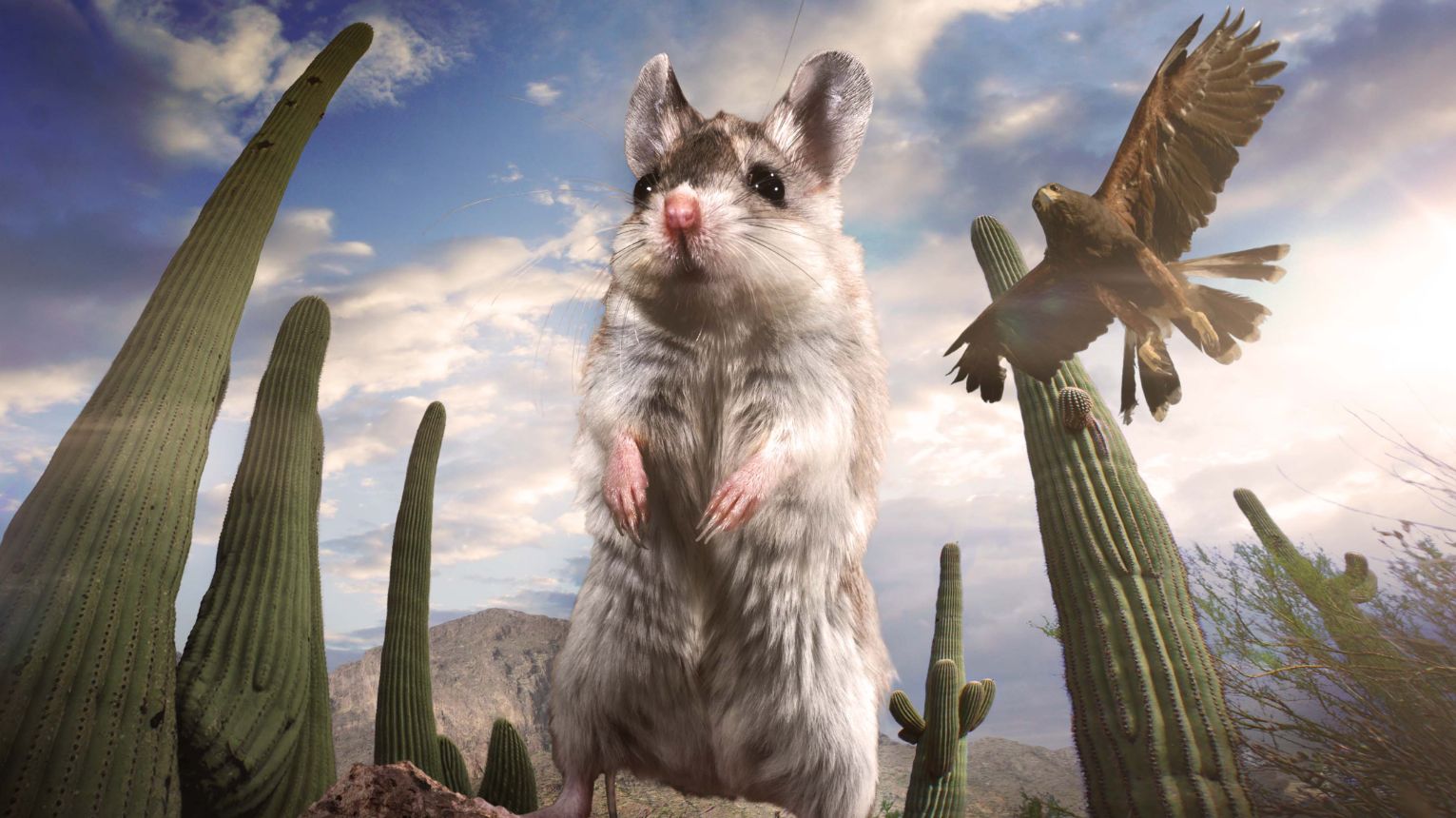 This show has elements of Life in the Undergrowth but you’ve tilted the camera upwards too
Undergrowth was a very observed approach. This is not under the microscope but in it. Rather than looking down at the subject you get the sense of what it looks like for them, that is the fundamental difference. And technology has come on since Life in the Undergrowth.

What have been the big changes to allow this show?
General miniaturisation. When shooting a lion or an elephant you might take tracks, a steadicam, ultra high-speed cameras, time-lapse cameras. That’s miniaturised down. That visual grammar that you see in normal scale films is transposed into this miniature world. None of these techniques has been completely invented but all been reimagined and rehacked to bring them into this world.

You’ve also shot in 3d?
We’ve been running 3d cameras in parallel, which has involved some re-engineering. We worked with Peter Parks on that. We’re doing a giant screen version of it for BBC Earth that will go to institutions and museums and some theatrical release as well as TVs. On the giant screen these animals do literally become the size of elephants. 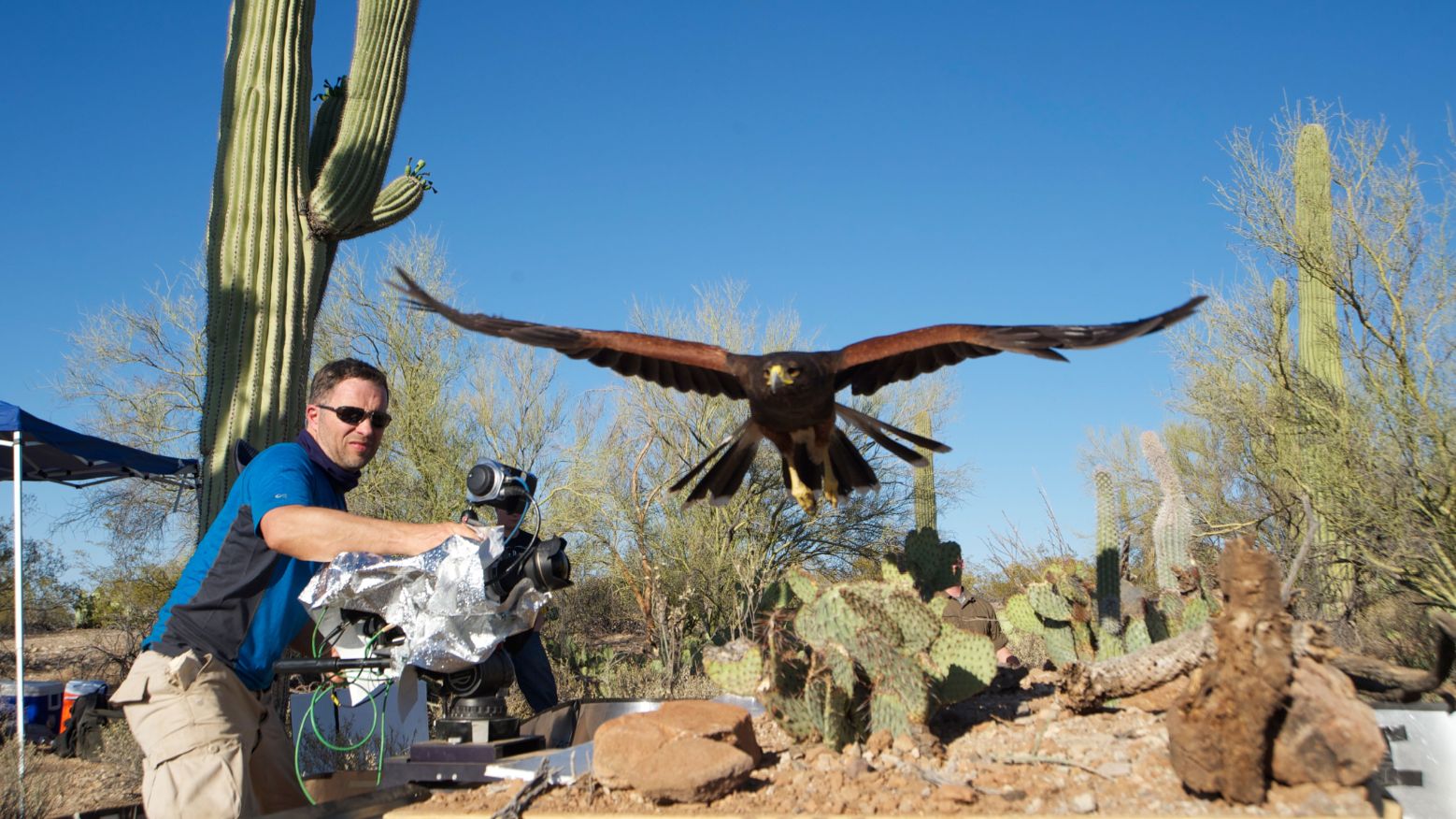