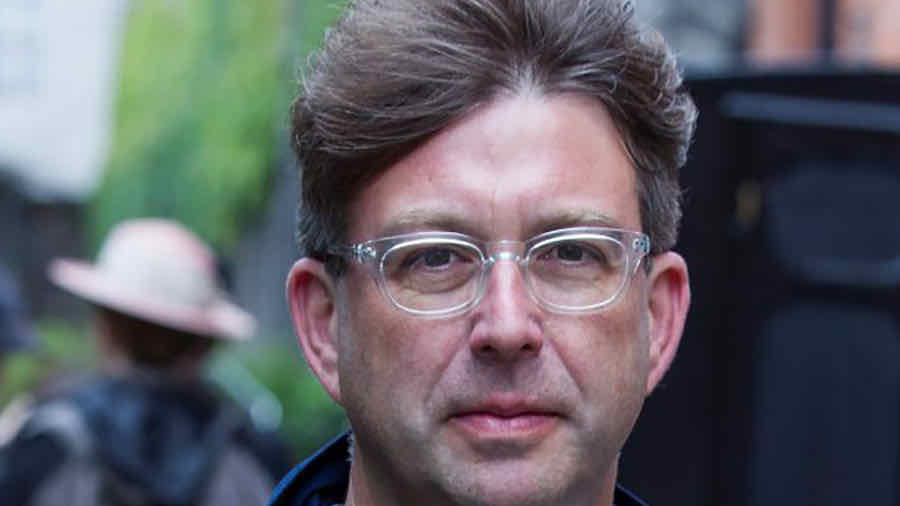 Acclaimed TV-Dramatist Colin Teevan reflects on his career and the affect that recent restrictions have had on TV production.

Colin Teevan is a celebrated playwright, translator, and writer for screen. He is writer, creator, and executive producer of Rebellion (RTE, Netflix) seasons 1 and 2 and lead writer, showrunner, and executive producer on Das Boot (Bavaria Fiction/Sky TV) seasons 2 and 3. He is also the writer and creator of Charlie (RTE), three original films starring Aidan Gillen, who won an IFTA for Best Performance. His other work for television includes Silk (BBC) starring Maxine Peake, Vera starring Brenda Blethyn and Single-Handed (ITV). Colin currently has several new original drama serials in development with, amongst others, X Filme, Krautpack, Gaumont and Bavaria Fiction.

Colin is also the lead tutor of the eighteen-week Writing an Original TV Drama Serial course from Curtis Brown Creative – the writing school affiliated to the major literary and talent agency.

What first inspired you to get into screenwriting?

I came to screenwriting from theatre, and started writing for the screen seriously about ten years ago. For a long time, I didn’t want to work in TV – I’d be offered this and that, but I didn’t find TV inspiring as a form. What really began to excite me was the huge shift in the early 2000s – around the time HBO started making TV series. Of course there had been great TV series before, but they were quite rare. With the arrival of shows like The Sopranos and The West Wing the bar was raised. It’s interesting that writers like Aaron Sorkin moved from film into TV.

Strangely, TV has become one of the most exciting mediums. Film has become like the short story while television has become like the novel. What excited me as I began to move into TV was the scale of the canvas: shows like Breaking Bad and The Wire, which are fifty or sixty hours long. TV started to do something that neither stage nor film could do – show a character go through a whole evolution. In comparison, a film or a two-hour stage play is quite narrow. With TV you can have multiple characters and even multiple worlds. And TV has only continued to become more exciting.

There have always been a few great shows and a lot of dross. I would say the proportion is still the same, but now there are so many shows. What has changed is the sheer scale of it – the amount of television drama being produced globally is staggering. Netflix currently offers 1950 shows and claim to have produced or co-produced 1500 since 2013. And that is just Netflix! When you consider Amazon, Apple and Disney as well as all the traditional broadcasters like the BBC, ZDF, Canal or RTL it’s extraordinary.

Then you look at the staggering budgets on shows like Bridgerton, Lupin, The Crown, The Mandalorian and with a $465 million budget Lord of the Rings on the way – really TV drama is the new movies, the new Hollywood.

Do you remember the first TV script you wrote?

Theatre got me a break into TV writing by accident. A commissioner from Irish television Jane Gogan saw a play of mine at the Barbican and was amazed to discover that I was Irish and that she hadn’t heard of me. So we met and talked, and the first TV show I worked on was a show of hers for ITV called Single-Handed.

I moved very quickly into doing my own series of films about Irish politician Charles Haughey, in which Aidan Gillen played the lead. That was really fun and very quickly I found myself showrunning my own show as well as being my entire writers room! It was a big learning curve even though I had experience writing for theatre and writing treatments/outlines and even scripts that weren’t made. When you’re going into production, the technical aspect of writing for television is quite complex but it’s also really exciting. I could do things I could never dream of doing on stage just by a juxtaposition of images or moments and through manipulation of point of view that the camera enables. For stage you’re always writing for a full tableau and you’ve got to use speech to drive the focus point, but for a television scene there is always a point of view and you can lead the camera, which is really interesting.

The form is always evolving, and I would say that I’m still learning – particularly from other writers, directors and producers. I’m enjoying working with the screenwriter Tony Saint on season three of Das Boot at the moment. Writing something like Das Boot – with huge action scenes – would have been unheard of ten years ago when I went into television. Now it’s possible with film standard CGI and bigger budgets. I’m finding it fascinating working on this show based on an iconic German movie and about the most difficult moment in their history.

The industry has faced lots of new challenges over the past year, how have recent restrictions changed the way you’ve been working, and do you think there will be a lasting impact on how we approach TV production?

The pandemic has of course affected production. We were very lucky to be able to shoot the third season of Das Boot but it was meant to film in 5 countries and ultimately everything – Liverpool, Lisbon, Kiel – was all shot between Prague and Malta and under extremely trying conditions for cast and crew.  One of the biggest effects of the pandemic on the writer’s role is having to conduct writers’ rooms remotely. Where once we would have sat in a room for 1-4 weeks, throwing ideas around, telling stories, going off to write a bit – we now have to do all this online. It is cheaper and more environmentally friendly – but one loses much of the creativity that comes from simply chatting or going for lunch together or just hanging out. It is also really tiring. While I think the industry might come to have a more sensible approach to travel, it needs to protect the collaborative aspect.

What is the most rewarding part of teaching screenwriting?

I find it very rewarding working with new writers and helping them develop their ideas, and it’s so rewarding to see a writer develop a piece over a course. Dennis Kelly, Lisa McGee and Jo Laurens were all playwriting students of mine at one point or another. They all have really original voices and are writing things that I’d never consider writing – I cannot take any credit for their originality – but I get a huge amount of pleasure from their success and knowing that I helped them move up a gear and go on to thrive as writers.

I have greatly enjoyed the first to iterations of the course at CBC. The level of talent and engagement demonstrated by the students has been very high. Nonetheless, by demanding a professional, writers’ room level of engagement and development, and pushing everyone hard each week, I feel that most of the writers took their work to another level. Not least in thinking about their work in the context of the industry and the reality of a production process.

It was most exciting to have a young scholarship student on each course, so I am very excited about the new Breakthrough Scholarship being offered. If there are young people out there with something to say, especially something they haven’t seen reflected in TV drama, I’d strongly urge them to apply and try their luck – these places on the course are a unique opportunity for writers to break into the industry at the most exciting time in its history.

If you could only pass on one piece of advice to aspiring screenwriters, what would you say?

When people write dialogue they often write the thought as dialogue followed by a line of dialogue. They use two sentences when they should be using one. The character can say half as much. For example, when a character says: ‘I’m really angry with you. Go to your room.’ You just need: ‘Go to your room.’ A good actor will play the thought (reaction again!).

It’s amazing how often writers do this – even really good writers. I often go through my scripts after revising just to cut out all those thoughts and this really lifts the writing. Remember, it is the writer’s job to embed the thought and the actor’s job to discover/deliver it (without stating it!).

Applications are open now for Curtis Brown Creative’s Writing an Original TV Drama Serial course with tutor Colin Teevan. This is an elite course for 15 talented screenwriters to work on their TV drama scripts with expert tuition from top TV professionals. The course will run from 13 Sept 2021 to 31 Jan 2022 with teaching in London and online. There is also one scholarship place available for a writer of colour with limited financial means. Find out more and apply by 15 August.