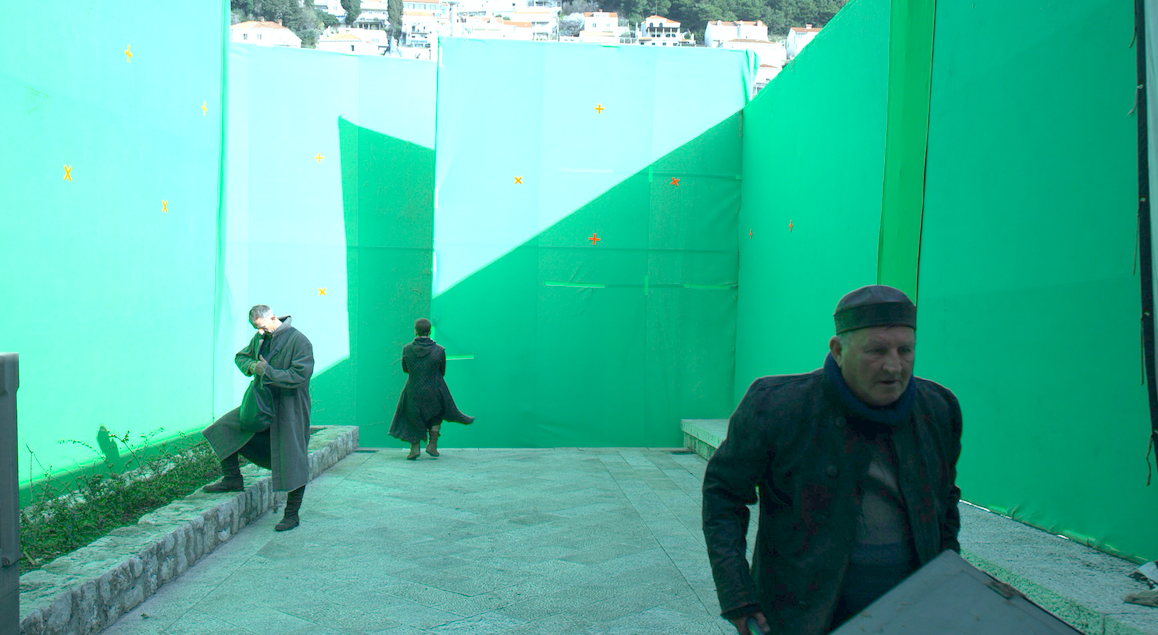 Director Otto Bathurst’s version of the classic tale has Nottingham as a thriving, stylised metropolis, the political and religious capital of England. 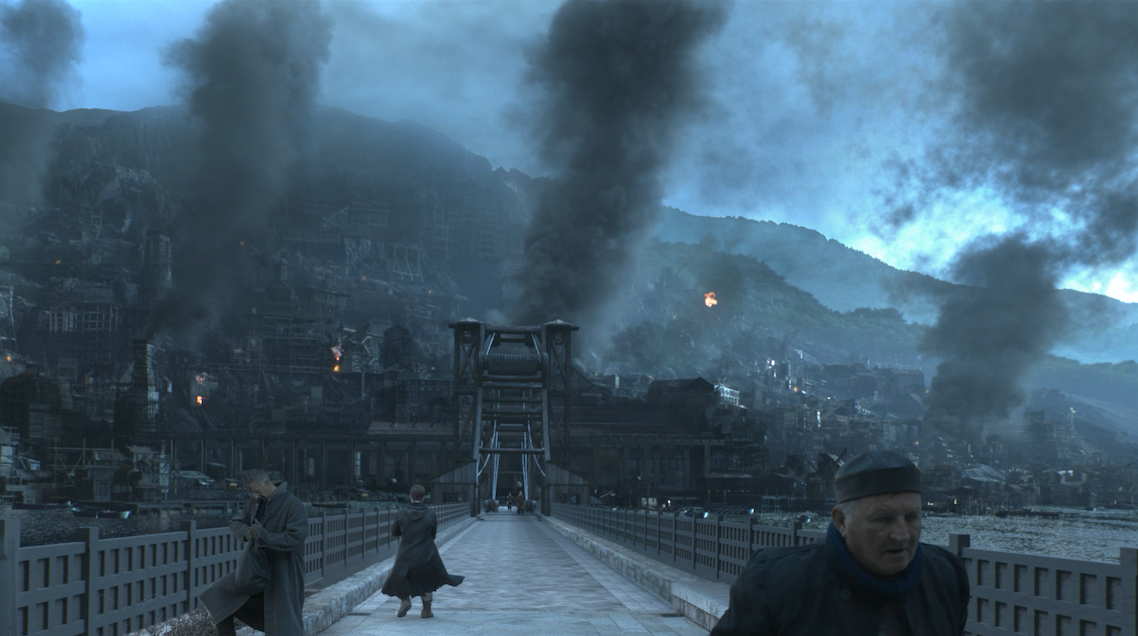 The environments which Cinesite created are important throughout the film, both in setting the scene for key story points and forming backdrops to fast-paced action sequences.  Some environments were 2.5d and others were entirely CG.

Robin’s childhood home Loxley Manor was created both in its original state and its later, post-Crusades state of decay and dereliction. Bathurst’s fictitious Nottingham was entirely computer generated, with the river Trent dividing the rich side of the city from the slag heaps on the other where the poor unhappily reside. 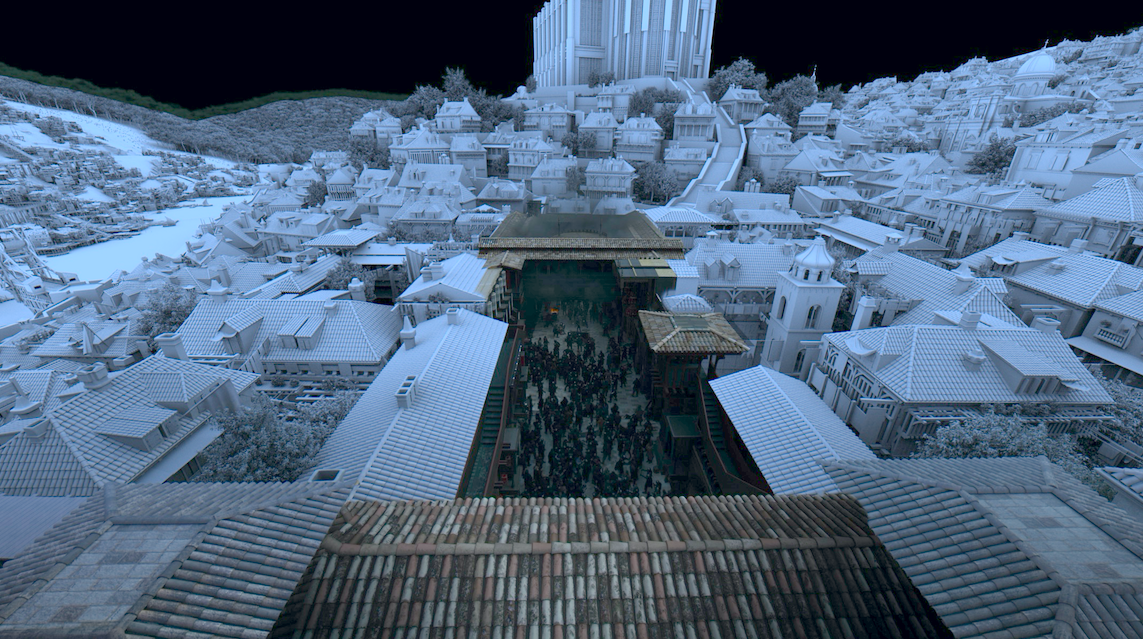 The look of Nottingham was based around the buildings of Dubrovnik, where most of the action was filmed.  The basic architectural style of the region was retained and the structure and layout of the city adapted to suit the story and action which would take place throughout its streets.  The design of Nottingham cathedral was conceived with reference to a variety of sources and architectural influences from Italian churches to Gothic and Art Deco.  Ultimately, the team decided upon a Brutalist look, which fitted the forbidding atmosphere of the building and also matched well with interior sequences which had already been shot on location in France.

The many houses in the city were built procedurally, from an assembled a library of various roof and house shapes.  A similar system was used for building a variety of brick, stone and roof textures for the extensively used environment. 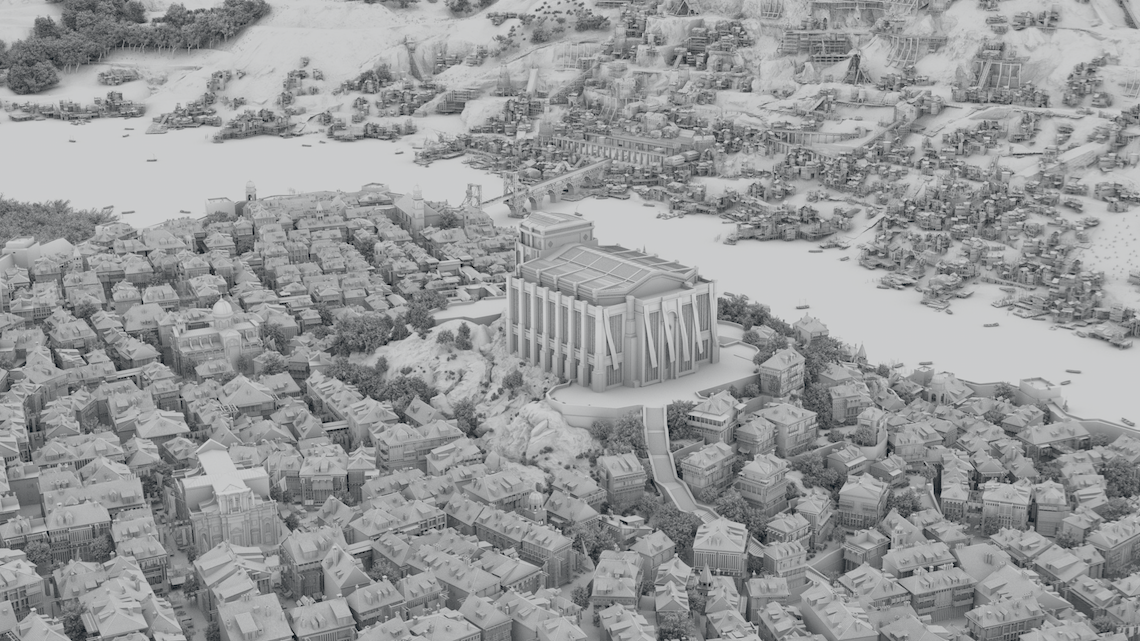 In one key action sequence in the film, Robin is being chased on horse-back across the rooftops at night by the Sheriff’s men.  Cinesite’s work extended beyond the realm of creating the slag heap environments and in several shots an entirely computer-generated horse was also required, to navigate some of the more dangerous aspects of the stunt choreography, where the horse is seen jumping across rickety roof sections and even smashing through walls.