Framestore returned to deliver VFX and environment work across iconic moments such as the Windsor Castle fire, the decommissioning of The Royal Yacht Britannia and the handover of Hong Kong for season five of Left Bank’s Netflix series, The Crown.

Here’s what Framestore did

A major phase of VFX work across the latest production was recreating the Queen’s Royal Yacht Britannia. Framestore first touched on the ship in season 4, but with it playing a focal role in this season’s narrative, areas that would feature more prominently were given an upgrade.

Ollie Bersey, VFX Supervisor at Framestore said: “Made up of over 50 shots, the yacht is a full CG asset. A number of scenes were captured on green screen at Elstree Studios and Framestore then completed yacht extension, CG ocean and environment replacement work. The environment was from shot plates or occasionally digital matte painting-enhanced shot plates”. 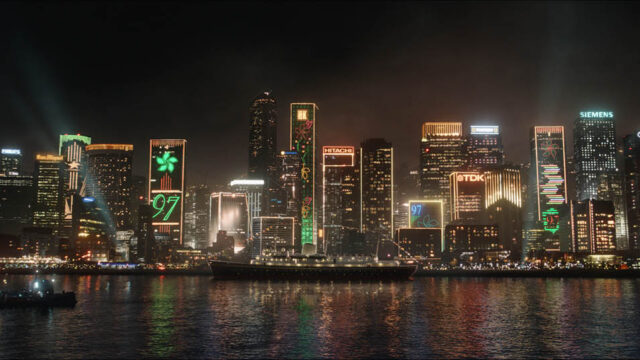 Serving as some of the team’s most memorable work, a pivotal moment in the series is the devastating fire that ripped through Windsor Castle in 1992. A large proportion of the work concentrated on the fire in the roof, which was made up of full CG smoke sims, enhanced with some 2D elements, all within a CG asset of Windsor Castle.

The team relied upon many references to help recreate the burning structure as accurately as possible. “In creating the ruin of the Great Hall, the production had built half a set, and then using CG, we extended upwards with the smoke damaged walls and the gutted roof” explained Ollie. “The difficulty was trying to find that balance of it looking like a decaying ruin, which we didn’t want, to something that had been magnificent and beautiful a few days prior. So we kept trying to weave back in little bits of beauty to link it to its former splendour”.

Another significant moment to feature stunning environment work is during the 1997 Handover of Hong Kong. Framestore recreated Victoria Harbour in all its glory along with a bustling city street glowing in neon. Ollie said: “These shots were a fun mixture of work, including a big elaborate street scene full of neon signs, blending CG assets with a hugely detailed digital matte painting and lots of extras, as well as full reproduction of the famous harbour cityscape, complete with Britannia”. 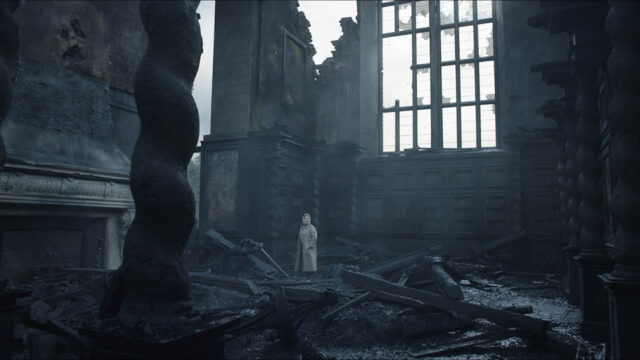 Other notable landmarks that Framestore worked on this season include Buckingham Palace, with a hero ageing shot recreating it as it was in 1917, and a full CG build of the Ritz Paris.

Framestore’s Executive Producer Julia Stannard said: “We have worked with the same team all the way through, so we have a good collaborative flow and there is a helpful exchange of ideas and solutions”.

She added: “This is a hugely popular show that seems more pertinent than ever, so it was a real privilege to be part of it. Framestore has delivered some exceptional work this season and it’s going to be great to see it on screen”.