Nick Holt and Kath Mattock, the directors of Channel 4’s The Trial, explain how they created a fictional court case to reveal the hidden complexities of a murder trial

How did The Trial come about?
Nick Holt I’d previously spent nearly two years in Scotland researching and making The Murder Trial for Channel 4. I’d spent a great deal of time looking at cases and then contacting all those involved – from lawyers, to victims’ families, to the accused -seeking permission to film the trials. It was incredibly difficult getting all the consents needed. There were so many interesting cases sailing past our noses we couldn’t get to. So we created a fictional case.

Tell about your approach to making the film?
NH It was almost like making a nature documentary, we baited the traps, edged back, erected hides and shot the lawyers in their natural habit on the rig. As soon as the door of the court closed it was vital the trial – and court – behaved exactly like a real one. I’d seen a drama called Murder on the BBC and was fascinated about how they’d used documentary grammar in a fictional/drama setting. I contacted Kath Mattock, the producer, and we always ended up talking about the space between drama and documentary, what could one unlock in the other.

Kath Mattock I’m an avid watcher of documentary – I never feel like I know where it’s going to go. Drama narratively can feel very predictable and controlled, almost sealed off. The most recent drama I made, Murder for BBC2, which also involved intensive trial research, was all told in direct to camera testimony, CCTV and archive footage and was largely inspired by Errol Morris’ film The Thin Blue Line. This direct access to characters has an impact. It breaks the fourth wall of drama. 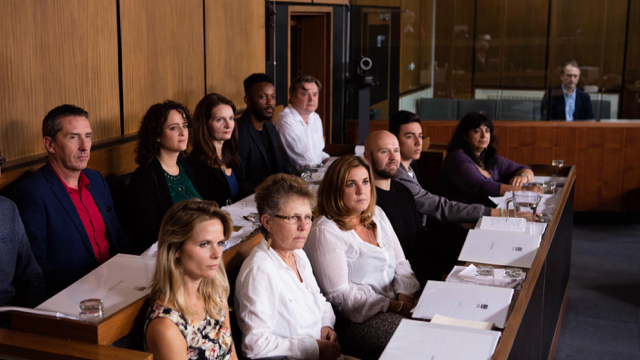 Tell us about the development process
NH We knew the two key aspects to this were seeing into the world of the lawyers and a jury. Both are entirely off limits as far as the UK legal system is concerned. We wanted a case that felt ‘normal’. With the help of writer Sarah Quintrell, we went for a case that jurors might see themselves in, a domestic setting rather than, say, a gang related murder. We kept as close to the real jury selection process as possible. In our case we filmed in a recently decommissioned Crown court in Newbury. We then sent letters to homes within that catchment area saying they’d been selected for jury service – the only difference being our letters referenced C4 rather than the CPS. We then had a large pool of potential jurors available during our shoot dates. As in real life, they turned up for jury selection and 12 names were randomly selected by the court clerk.

We wanted lawyers who were going to embrace the series. They needed to be comfortable with the premise (many weren’t) and willing to share the tricks of the trade. We were delighted with Max Hill QC and Michelle Nelson prosecuting and John Ryder QC and Lucy Organ defending. A very experienced judge would also be needed to oversee proceedings. We were incredibly fortunate to find the Rt Hon Brian Barker CBE QC who’d recently retired. No one alive has judged more murders at the Old Bailey. 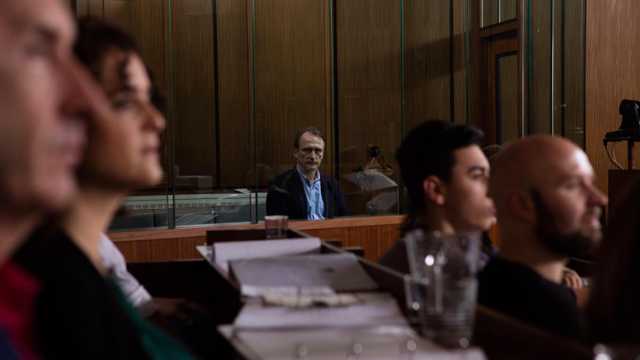 How did you prepare for the shoot?
NH Preparation for filming was single handedly the biggest aspect of the production. For the lawyers to feel they were trying a real case, they needed all the evidential bundles they’d expect in a real case. We ended up creating some 800 pages of evidence with all the requisite witness statements, phone logs, CCTV material, forensic, police and SOCO material. We also had to cast the case. It was important we cast actors who could adapt to the live element of the court. Many of the witness were giving evidence live – unscripted – for hours on end. It was vital they, and their stories, could hold up to intense scrutiny.

KM We shot all the police interviews as improvised pre-trial as they had to be served as evidence along with all the CCTV which gave a real exciting sense of how this was going to come together. Led by ex-officers in real time, it gave a measure of what we were dealing with at two and three hour stretches.

The actors were totally immersed in their own timelines for the above and we refreshed this before we went into court. Each day in court had an actor pre-meet and was responding in some way as the trial evolved. The QCS approached it diligently and adversarially as they would a normal trial and day in court. As for the jury, they started out excited, then entered into the world of the story and the burden of decision took a real weight by the end. Shooting the scripted and the additional archive was relatively straight forward! 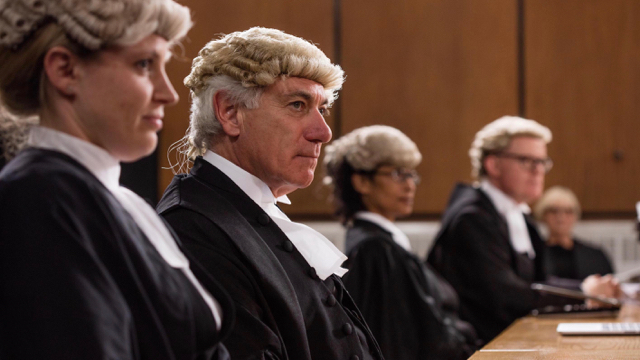 What were the key challenges of making it?
KM Staging the court case as a two week event that ran as close to a real trial as possible. It placed extraordinary demands on the actors. We rehearsed and developed the characters and story with the actors over a two week period.

What kit did you use?
NH We shot the courtroom on the rig. We used near 40 rig cameras throughout the building. As in real cases, there’s a great deal of personal phone, video and stills material. The drama scenes were shot on an Arri Alexa.

Did the series change significantly in post production?
KM Balancing the reveal of the story over five episodes and the balance of court experience to interview to exterior court room material was constantly evolving. Much of the density and detail of the story we had created just couldn’t hold in five hours; the sheer volume of material was overwhelming for a period before it really started to take shape .