Expensive, starry, glamorous and international, Riviera is a perfect example of how British drama has scaled up in the past five years. Looking to tap in to the global demand for big budget, cinematic shows, Sky has pushed the boat out with Riviera – set in the world of the super rich in the south of France.

Part family drama and part thriller, it stars Julia Stiles as an art dealer and wife of a billionaire banker who dies in a yacht explosion – which sets of a chain of events that exposes the darker flipside to the Riviera’s glitz and glamour.

Executive producer Liza Marshall politely declines to reveal the budget for the show but, she admits, it was “always going to be expensive.”

That’s because, early on, Sky and the producers agreed that the French Riviera itself is a key character in the show – meaning that it had to be shot on location rather than created out of a composite of, say, Croatia and England. The Riviera is, of course, famously beautiful – and also famously pricey. 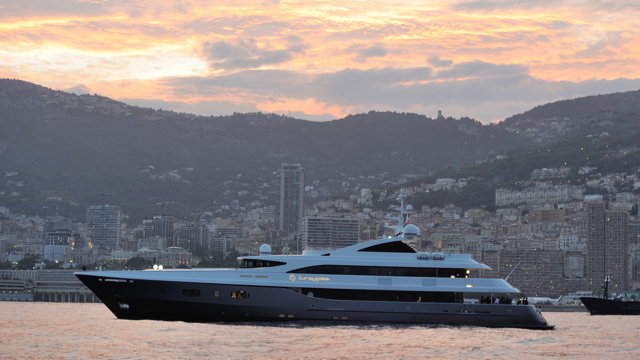 The scale of the ten-part drama is underlined by series producer Foz Allen, who spent the best part of a year in the south of France overseeing the production. “It was a big old beast of a show,” says Allen, rattling off a few stats to make his point: 9,726 extras, 16,814 meals served, 132 days shooting and 3380 scenes completed.

The production was based at Studios Riviera in Nice, and shot in locations including Cannes, Monaco, Nice and Grasse, making use of super-yachts, helicopters, luxury hotels, mansions and fast cars along the way. It was funded by Sky, distributor Sky Vision and France’s generous Tax Rebate for International Production (TRIP), which rose from 20% to 30% of budget in 2016.

The idea for the show came from Paul McGuinness, the former manager of U2, who has a house in the South of France and thought the Riviera would be a great place to set a drama. Oscar winning writer Neil Jordan then came on board and created the world of Georgina and the Clios family, in a script that was co-written by John Banville. 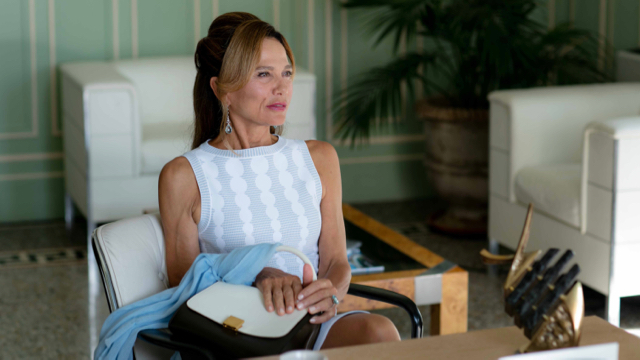 Marshall took the project to Sky’s head of drama Anne Mensah who was immediately enthusiastic. Says Marshall: “It sits brilliantly in their mix of programming. It’s sunny, lavish, has an international cast, is set abroad and is about the extremely wealthy – most other broadcasters would have been nervous about it.”

Riviera was greenlit very quickly in early 2016, and then started shooting in August. (One difficult and unexpected challenge was that principal photography began a few weeks after the terrorist attack in Nice).

Philipp Kadelbach, who made his name with German hit drama Generation War, was the lead director, and set the tone with DoP Laurie Rose (Fleabag, Peaky Blinders, London Spy).

They played up the strong colours and shades of the South of France, watching Jean-Luc Goddard’s classic Mediterranean set Le Mepris for inspiration. “We wanted it to be bright, colourful and filmic,” says Marshall.  Riviera was shot on the Arri Alexa, as well as the Alexa Mini.

Meanwhile, the production had to adhere to strict French employment rules, which meant Riviera could only shoot for five days a week and overtime was not allowed. “It’s very strict, but we just accepted it and built it into the budget and made it work,” says Marshall.

As a story about the super rich set in the art world, both the costumes and the sets had to look just right. The painting at the heart of the mystery is by Claude Lorrain. “We clearly couldn’t have a real Lorrain on set – the insurance would be prohibitive – so we had these extraordinary copies made,” says Marshall.

McGuiness, meanwhile, called up artist Jeff Koons, who allowed the production to use one of his La Cicciolina pictures, shown in the first scene at auction. The show also worked with Bond Street gallery The Halcyon who became its art curators. Says executive producer Kris Thykier: “The central character is a curator – it’s about her eye and her taste – and so we needed to put together a collection that was a testament to her skill. It’s a combination of great masterworks and also some extremely interesting newer artists, which I think will certainly pop in the show.

The costumes, meanwhile, were overseen by costume designer Emma Fryer, who “shopped a lot in high end fashion boutiques in London and the Riviera.” Thykier explains: “Wherever possible it’s great couture – fantastic clothing from huge designers. The detail of the show is in the shoes and the watches and the bags. The fact is that trying to create the world of the super-rich is about fine attention to detail.”

Riviera is available from June 15 on Sky Atlantic and Now TV.

Details
Georgina (Julia Stiles) is newly married to billionaire Constantine Clios when he is killed in a yacht explosion. She is shocked to discover the fortune that maintained his lifestyle is tainted with dishonesty, crime, and ultimately murder. Helped by Constantine’s first wife, Georgina undergoes an education in lying, theft and criminality to maintain the Clios mansion and save the family from its enemies and itself.