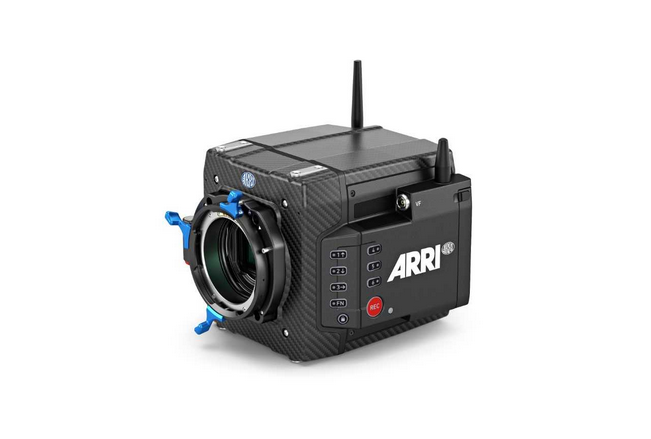 ALEXA Mini LF will be compatible with almost all ALEXA Mini accessories, but there are enhancements to the Mini camera design. Among them are extra connectors, including regulated 12 V and 24 V accessory power; a new 6-pin audio connector; built-in microphones; and improved WiFi. Six user buttons now adorn the camera’s operating side, and the camera and viewfinder each have their own lock button, while user access to the recording media, and VF and TC connectors, has been made easier. 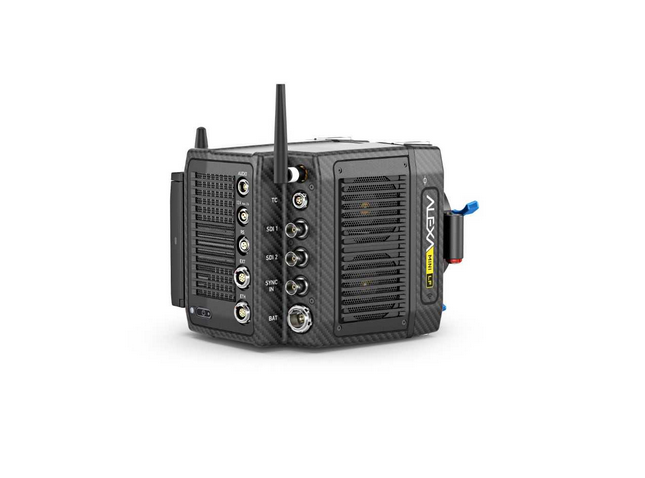 ALEXA Mini LF allows internal recording of MXF/ARRIRAW or MXF/Apple ProRes in a variety of formats and aspect ratios, and is the first camera to feature the new Compact Drive recording media from Codex, an ARRI technology partner. Small and lightweight, but solidly built, the 1 TB drive offers a reliable, competitively priced recording solution. With it comes a USB-C Compact Drive Reader that can be used without any extra software or licenses on Mac or Windows computers. In addition, a Compact Drive Adapter can be used in any dock that accepts SXR Capture Drives.

Another development from Codex now makes large-format shooting a more practical and budget-friendly option: Codex High Density Encoding (HDE) uses sophisticated, loss-less encoding to reduce ARRIRAW file sizes by around 40% during downloading or later in the workflow. HDE is free-of-charge for use with Codex Capture or Compact Drives, openly shared, and fast: ARRIRAW Open Gate 4.5K can be encoded at 24 fps on a modern MacBook Pro.

At the heart of ARRI’s new MVF-2 viewfinder for the ALEXA Mini LF are the same high-contrast HD OLED display, color science, and ARRICAM eyepiece as in ALEXA LF’s EVF-2 viewfinder. In addition, the MVF-2 features a large, 4” flip-out monitor that can display the image or the camera control menu. The MVF-2 can be used on either side of the camera and connects via a new CoaXPress VF cable that has a reach of up to 10 m for remote camera operations. It features a refined user interface, a built-in eyepiece lens heater for de-fogging, and a built-in headphones connector.

Stephan Schenk, Managing Director of ARRI Cine Technik and responsible for ARRI’s Business Unit Camera Systems, says: “The ALEXA Mini LF is a fantastic addition to our large-format system and will complement the ALEXA LF, rather than replace it. The ALEXA LF is a great camera capable of high-speed, which is especially important for commercials where 150 fps in 4.5K resolution and full image quality is important. It is, in fact, how an ARRIFLEX 435 still complements an ARRICAM on set. With the addition of the Mini LF we now have an answer for all shooting requirements.”