Plans have been announced to develop Kent’s derelict Newtown Railway Works into four TV and film studios in 240,000 square feet of dedicated production space generating 3,000 jobs in the Ashford area.

The project is spearheaded by Piers Read and Jeremy Rainbird’s Creative District Improvement Co that previously announced plans to extend Twickenham Studios in a £50m development.

TCDI Co. has  teamed up with property developers Quinn Estates to announce the £250m investment in Kent’s TV and film studios, part of TCDI Co’s £500m plans for a network of studios up and down the country. 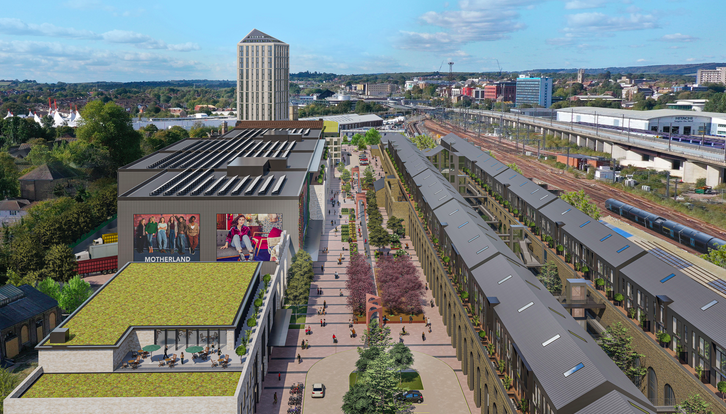 The multi-million-pound restoration project will restore five at-risk Grade II listed-buildings, and convert them into 80,000 sq. ft of world class TV and film studios, 80,000 sq. ft of ancillary production space, 50,000 sq. ft of mill store and 30,000 sq. ft of media village which also includes the Future Media Centre; an educational hub that will be developed in partnership with a cluster of Kent based educational institutions. The plans also include a 120-room hotel, 68 serviced apartments, a creative industries conference centre and a 10,000 sq. ft gym, restaurant and leisure space.

TCDI Co. and Quinn Estate are collaborating with award-winning architects Guy Holloway to deliver the project scheduled for 2021. 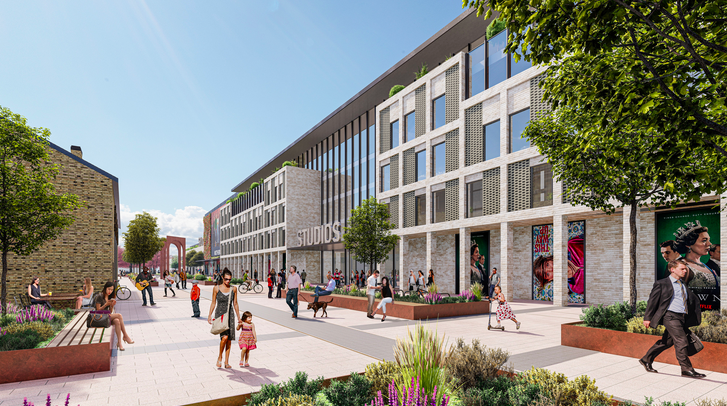 Ashford Studios is the latest announcement by TCDI Co., spearheaded by Piers Read and Jeremy Rainbird which plans to address the UK’s 2.5m sq. ft deficit in studio space.

TCDI Co will also fund the largest film school in the country, partnering with the University of Kent and Kent’s three other universities in its Future Media Centre. They will also work closely with the publicly funded Thames Estuary Production Corridor; an ambitious long-term project that aims to create the world’s largest creative corridor, unleashing Kent’s creative potential and transforming North Kent and South Essex to establish the region as a creative hub connected to London, the UK, Europe and other global markets.

Adrian Wootton OBE, Chief Executive, British Film Commission and Film London, said: “The UK screen industries have been experiencing an exceptional boom time and we look forward to building on this by continuing as an industry to invest in skills and develop our world-class infrastructure. We are of course operating in unprecedented times and the impact of COVID-19 will undoubtedly be felt deeply by screen industries as we work through this ever-evolving situation. Today’s announcement highlights the industry’s commitment to an ongoing strategy to ensure its sustainability, building on the UK’s rich history of attracting filmmakers, nurturing talent and creating world class content.”

Jo Nolan MD at Screen South said: “Given the demand for studio space in the UK, the Newtown Ashford Studios will be an excellent chance for Kent to offer High End Industry solutions which will be a game changer for the county’s Film and TV industry. There is significant skills and talent in the County and surrounding areas, but we must continue to work closely with partners to ensure that appropriate industry level training is in place locally to underpin this very welcome opportunity.”

Piers Read and Jeremy Rainbird, Founders of The Creative District Improvement Co. said: “It is a dream come true to regenerate an area that we have a close personal connection to and to provide such exciting employment opportunities. As we emerge from COVID-19 there will continue to be unprecedented demands for stage space and a demand for skilled workers which will continue to grow. With A.I. constantly encroaching into the UK employment sector, the creative industry is one of the only industries that robustly defends itself from mass unemployment. British TV and film making is the best in the world thanks to facilities like Ashford International Studios. This is set to remain the case for decades to come”.

The Garden’s Head of Specialist Factual, Ninder Billing, is to join factual producer DSP as Creative Director. Reporting to Managing Director Donna Clark, she will be tasked with further developing the company’s documentaries and specialist factual slate. >>>

Producers’ trade body, Pact, says that government plans to look into the possible privatisation of Channel 4 will cause damage to production companies as they attempt to rebuild post COVID. The government is to begin its review >>>

Simon Cowell is to return to ITV in Walk The Line, a brand new “high octane” musical game show format co-produced and co-developed by Syco Entertainment and Lifted Entertainment, part of ITV Studios and the team behind >>>
Prev Post
Next Post
This website uses cookies to improve your experience. We'll assume you're ok with this. I've read this
Privacy & Cookies Policy