Features & Opinion17.11.15
Behind the scenes: Teletubbies

The new series of Teletubbies, out this month, is produced in  a radically different way from the original.

Why? It’s the question many people ask when they learn that another 60 episodes of pre-school classic Teletubbies have been made. Over 360 episodes were originally produced by indie Ragdoll, enough surely to continue to satisfy the demand of most pre-schoolers.

But much has changed in the 18 years since since Teletubbies launched in March 1997 – not least in terms of broadcast quality. Filmed on tape in DigiBeta, the original episodes pre-date HD let alone 4K. Teletubbies went on to play in 120 territories, but also came out before YouTube, the iPad and mobiles revolutionised the way kids now watch TV.

The brand’s new Canadian owners, DHX Media, which bought Ragdoll in 2013 for £17m, believe there is a ready market for an updated version. They were encouraged no doubt by Teletubbies postings on YouTube garnering almost 76m views – per month.

DHX briefed the show’s new producers, Darrall Macqueen (Topsy and Tim, Baby Jake) to stay true to the original series’ characters and styling. So Tinky Winky, Dipsy, Laa-Laa and Po all return with only subtle updates. For example, their Tummy Screens now reflect the 16:9 dimensions of flat screens TV and also feature touch button technology. The episodes are also shorter, at 14 minutes, to make them more digestible for short form mobile viewing. 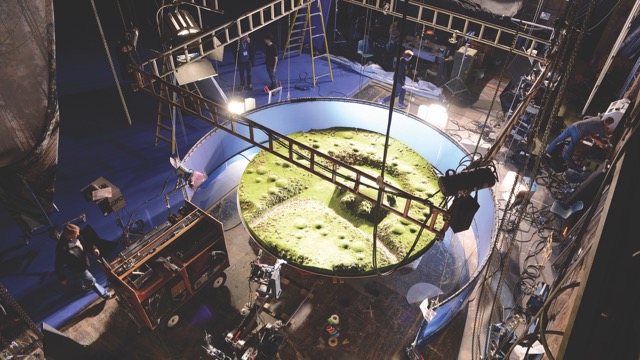 But the really big changes have happened behind the scenes. The original show was famous for its vibrant green, undulating set created – at huge expense – in a field in Stratford. The new Teletubbies is shot inside a studio in Twickenham, using a blue screen and a miniature 3D model set.

DoP Simon Reay, who was also camera operator on the original show, says the new set up gave the cast and crew a much greater degree of control. “On the original show, we would shoot outside if it was sunny, and inside the dome if it was raining. We always strove for clear blue skies, but you rarely had that in an English summer.”

The model set was designed in CAD, and 3d printed by The Prop Shop at a scale of 20:1. It measures around 3m x 3m; the hillocks are just 5cm high. 20,000 laser cut flowers – daisies, buttercups, cornflowers and poppies – decorate the model. The grass, made in Germany by a company called Noch, is 6mm high, and was trimmed with scissors to give the feel of a meadow. “The scale was quite extreme,” says Reay. “We would have made it bigger but it would have been astronomically expensive.”

The 8ft high live action Teletubbies were filmed against the blue screen at one end of the studio. It had full scale blue domes that matched, at a ratio of 20:1, the hillocks on the 3d model set up across the room. Footage from the live action camera was then lined up exactly with footage taken from the miniature camera, and mixed together by Lola Post Production to create the illusion that the Teletubbies are walking in a real world. Lola also added CGI flourishes such as the horizon, flowers blooming  and the turning of the Windmill (a 25cm high prop  on the model). 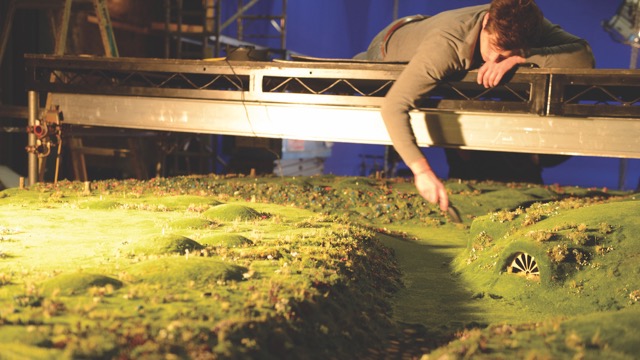 Reay shot with the Red Epic, in 5k for the blue screen and 4k on the model. “The Red Epic seemed the right way to go. We shot 4k for the model because I wanted the smallest sensor with the greatest resolution. The smaller the sensor the smaller your depth of field – and I needed a depth of field somewhere between one and two centimetres from the front element to two metres back. Everything had to be in focus.” He also used an 18mm Arri Master Prime lens. “It’s the sharpest lens you can get. I wanted the blue screen to be as crisp as possible."

The studio shoot was technically far more challenging than the original outdoor shoot. But it gave the crew far more flexibility, not only in terms of the weather. The original Teletubbies, for example, used speeded up sequences to add energy and dynamism. The new version can be more precise, speeding up only one of the characters at a time while the others move at a normal pace. “With little things like that we can play with and enhance the story,” says director Jack Jameson. “Hopefully we are using the technology in a good way.”

Jameson was aware of the expectations when taking on the project: “There is a challenge as a director when it has been done so brilliantly in the first place – are you trying to make it better or keep it the same?” He focused on the core appeal of the show – the Teletubbies themselves – trying to work out what was so magical and appealing about them. “For me that magic is in their movement,” says Jameson. The old costumes, he says, were heavy and cumbersome. “I guess that’s why the Teletubbies have that child-like, toddler movement with little trips – you don’t know if they are intentional or not. We wanted to retain that, even with more comfortable costumes – so lots of time was spent with the performers exploring that playful spring in their step.” 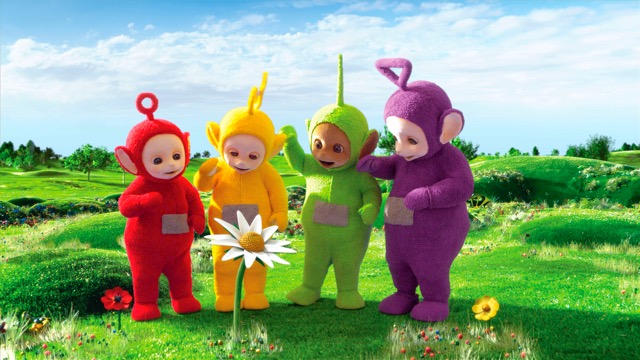